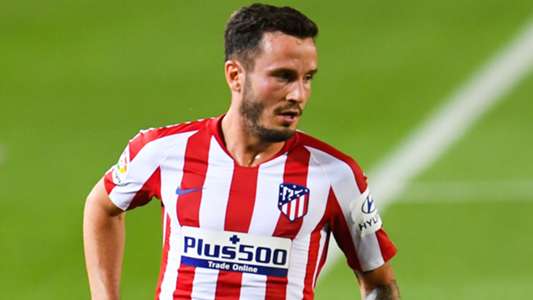 Atletico Madrid star Saul has not decided on his future and has offers from many clubs, according to his agent.

The midfielder has been an integral part of Diego Simeone’s team in recent years, making over 300 appearances in all competitions.

The 26-year-old still has five years left on his contract at the capital side, but has reportedly told the club that he wants to leave.

His representative, Joshua Barnett, has said no avenues have been closed off this summer, telling AS: “Saul will do with his future what is best for Saul.

“Nothing has been decided, Saul has as many options to stay as he has to leave.”

The Spain international has been linked to several top teams over the last year.

La Liga rivals Barcelona are the latest to join the fight to land Saul, according to recent reports.

The Catalan side are said to be open to bringing him in as part of a swap deal that would see Antoine Griezmann return to the Rojiblancos.

Manchester United were eyeing him last summer, while Liverpool have been linked after Georginio Wijnaldum left to join Paris Saint-Germain.

Bayern Munich are also among the clubs reported to be monitoring the Atleti star’s situation.

Who have Atletico signed this summer?

On Monday, Atletico confirmed the arrival of Rodrigo De Paul from Udinese in a €35 million (£30m/$42m) deal.

They also brought in 20-year-old winger Marcos Paulo from Brazilian side Fluminense.

Meanwhile, Simeone and his coaching staff have signed new deals that will run until 2024.