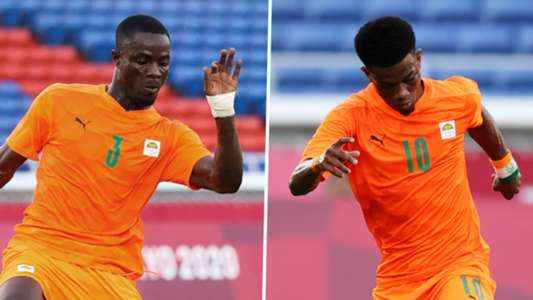 Ole Gunnar Solskjaer has thrown down the gauntlet to his players representing the Ivory Coast, but they face daunting prospect in Tokyo?

Many club managers tend to be against their players featuring at the summer Olympics, largely down to the fact they’ll miss the club’s pre-season…which often sets the tone for the upcoming campaign.

Ole Gunnar Solskjaer doesn’t seem concerned. If anything, he’s issued a challenge to his Manchester United players representing their nation at Tokyo 2020 to bring back Gold medals.

Eric Bailly and Amad Diallo are representing Ivory Coast at the multi-sport festival and there was little struggle between the West African nation and the Red Devils.

This is despite the fact the United boss is currently without Harry Maguire and Victor Lindelof, following their Euro 2020 exertions.

The former Villarreal centre-back would have been the only senior option available for the Manchester outfit in the opening weeks of pre-season. While Lindelof ought to return imminently, Maguire’s absence means the Norwegian manager will have only one central defender available before the England international’s return.

For Amad, there’s a certain hint of missed opportunity, rather than any regret Solskjaer has or otherwise.

The teenager arrived in January and was understandably eased into life in Manchester in the second half of last season.

Surely, he could have done with a pre-season going into his first full campaign at Old Trafford. However, representing the Little Elephants in Tokyo means he could be playing catch-up for the second season running.

Nevertheless, their manager has called on them to win the West African nation’s first football gold and second in the nation’s history at the Games.

“I think everyone when they grow up, watches the Olympics and can see Usain Bolt or Ryan Giggs. I saw him play in the Olympics [for Great Britain in 2012]!” Solskjaer told the club’s website. “When your country calls you up, I think I can’t stand in the way of that boyhood dream being fulfilled.

“Of course, Eric is over-age, but I think they can see the value of him and that’s why they brought him in,” he added. “Amad is a young, exciting prospect. It’ll be good to see them. It’ll be their pre-season, but they’ve got to come back with a medal. We need a nice feel about the place when they come back!”

Whether or not Les Petit Elephants triumph remains to be seen, but they began their journey on a positive note, results-wise.

Their 2-1 success over Saudi Arabia, potential cellar-dwellers in Group D, was just what the doctor ordered, although the general performance was a bit worrisome.

Both sides had similar shots on goal — nine — but the Saudi side dominated proceedings for most of the game, with Soualiho Haidara’s team ceding territory to the Arab nation on Thursday. The encounter in Yokohama was devoid of any quality chances and it’ll probably go down as a forgettable encounter.

Having said that, Sunday’s meeting with perennial favourites has to be one of the nation’s highlights in this year’s festival and they’ll have to be up for it against the South Americans.

Baily’s performance at the back will be vital to keeping out a side that netted four times in their opening game against Germany, with Everton’s Richarlison scoring a thirty-minute hat-trick in the first half.

The United man is, at least, familiar with the Toffees attacker given their Premier League meetings, so that ought to help somewhat in dealing with the ex-Watford forward.

With Amad, there has to be a significant improvement against the Brazilians at the Nissan Stadium.

Despite registering an assist for Franck Kessie’s winning goal, he was generally underwhelming throughout proceedings on his Olympics debut.

The 19-year-old lost possession numerous times before his substitution in the final minute of normal time, failed to beat his man on several occasions and was second-best in seven of 10 total duels.

Against the defending champions on Sunday, the teenager has to rise to the occasion.

Indeed, a point against the South Americans will almost confirm progress to the quarter-finals, although a victory will definitely do. Haidara will probably hope for a stalemate in the game between Germany and Saudi Arabia, particularly as they face the European nation in their final encounter on July 28.

Their path to gold remains uncertain, but a meeting with the winner or runner-up in Group C would certainly be daunting. Given the presence of another favourite Spain, two-time winners Argentina, Australia (who stunned the 2004 and 2008 winners last time out) and even Egypt, Amad and Bailly won’t have things their way in the last eight.

Before looking too far ahead, though, is Sunday’s big meeting with Brazil. Win that and maybe the Man United pair will be taken more seriously as possible dark horses for an unprecedented Gold.