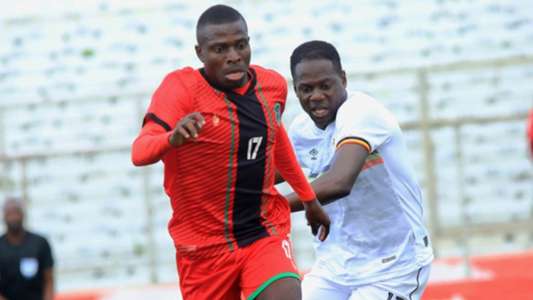 The Flames confirmed the player’s absence with only four days left before the Benjamin Mkapa Stadium faced the Tafa Stars.

In the statement about them Social media page, The Fire team revealed that head coach Meke Mvas has allowed the midfielder who played for the Mozambican giant UD Songo to represent his team in the upcoming league mission.

“The Flame’s deputy captain John Banda was excluded from Sunday’s international friendly match against Tanzania,” read part of the statement.

“After coach Meck Mwase approved the player’s club request to keep him in the league mission this weekend, Banda of Mozambique will not participate in the game.”

Despite the lack of Banda, the team got a huge boost on Monday as more professionals arrived at the training camp led by South African midfielder Gerald Phiri.

The Flames are expected to travel to Dar es Salaam on Friday.

Samata and Msuwa are not in the camp

At the same time, Tanzania international Mbwana Samatta is one of the players who have not yet reported to the training camp because the team is already preparing to face Malawi.

Coach Kimpolsen’s team moved to the camp on Monday, but two players-Mbwana Samata (Fenerbahçe-Turkey) and attacking midfielder Simon Msuwa (Wydad Casablanca-Morocco) )-Did not appear next to Clifford Endingbo, the media and communications officer of the Tanzania Football Association, to confirm that they will join soon.

“So far everything is going well, the morale of the training camp is very high, the players are looking forward to this game, although we have not yet [Samatta] with [Msuva] At the camp,” Ndimbo told the goal Tuesday.

“This is a very important game, which will help coach Kim Poulsen maintain a good balance before the upcoming World Cup qualifiers.”

In addition to Samata and Msuwa, Poulsen also appointed Novatus Dismas (Novatus Dismas) of Maccabi in Tel Aviv, Israel, and seven players from the Simba SC team to enter the coffee championship. The quarter-finals of the league.