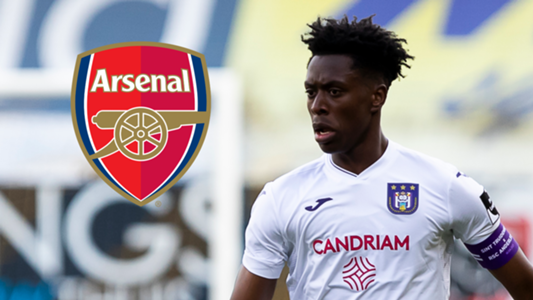 Arsenal have completed the signing of Albert Lokonga from Anderlecht for £18 million ($25m).

The Gunners have seen off reported competition from clubs in Italy to land the 21-year-old, who has committed to a five-year deal at Emirates Stadium.

Lokonga will join up with his new Arsenal team-mates ahead of their pre-season trip to Florida latest this week with a view to forcing his way into Mikel Arteta’s starting XI.

What will Lokonga bring to Arsenal?

Lokonga will give Arteta a much-needed extra option in the middle of the park following Matteo Gunedouzi’s move to Marseille and Dani Ceballos’ return to Real Madrid, with Granit Xhaka also close to an exit as Roma reportedly put the finishing touches to a deal for the Swiss international.

Arsenal’s newest signing may still have to bide his time for opportunities though, given the fact he naturally operates in the holding midfield role currently occupied by Thomas Partey.

Lokonga does also have the versatility to play on the right or in a more traditional central role, but the Gunners see the Belgian as a long-term prospect and will allow him plenty of time to adjust to his new surroundings in the Premier League.

Lokonga graduated to the senior squad at Anderlecht back in 2017, and went on to appear in 78 games across all competitions for the club.

“With his qualities at his age, he stands out for me,” said the Anderlecht boss. “Will Sambi win his duels? Is he improving his defensive work? You ask yourself these questions as a coach. Well, I’ve seen him make a lot of progress in that area.”

When could Lokonga make his Arsenal debut?

Depending on how well he integrates with the rest of the squad, Lokonga could make his first appearance for Arsenal when they take on Italian giants Inter in their next pre-season friendly on Sunday.