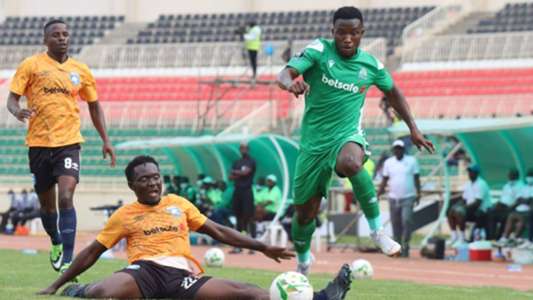 Former AFC Leopards organising secretary Timothy Lilumbi has claimed the club’s officials did not do enough to help the club win the FKF Shield Cup.

AFC Leopards were defeated by archrivals Gor Mahia on post-match penalties after a 0-0 draw at full time and Lilumbi has now blamed the office occupants for their failure to lift the trophy early in July.

What has been said

“Whoever was in charge, did not know when to pull the strings. There is no way one is playing in a final game and you just let it go that easily. When I was in the office, AFC Leopards won the Shield Cup and before that game, there was no way I could sleep and if I did sleep at all, I must have slept on the pitch,” Lilumbi told Goal.

“When you want something, you have to do everything to get it, and everything means everything. You have to make sure the players are motivated and the pitch has no ‘thorns’ that might prick the players during the game. I did not leave anything to chance and we won the Shield Cup in 2013 and in 2017.

“I just think the AFC Leopards let the cup slip off their fingers because, at one point, the Belgian coach [Patrick Aussems] said he would blame the office if they did not win the Premier League or the Shield Cup.

“At this point, it seems they were not doing much to deserve victory in the final.”

There have been superstitions, especially around games pitting AFC Leopards and Gor Mahia and Lilumbi said, although he personally does not believe in the existence of such supernatural powers, to him, there are people who strongly believe in them.

“There are people who can not do without superstitions, so it is difficult to say they do not exist,” he added. “But generally, I do not think it works because I have seen African teams go to some places and get beaten, and if superstition really worked, it would mean they would be winning astonishing records. So, I do not think it is a factor.”