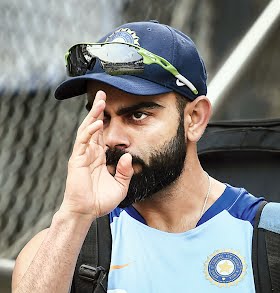 The Board of Control for Cricket in India (BCCI) has four categories for cricketers. These categories determine how much the players receive as a salary. Players who are in the A+ category receive Rs 7 crore and players in the A, B, and C categories receive Rs 5 crore, Rs 3 crore, and Rs 1 crore, respectively.

Of course, salaries are only part of the story. A player’s total earnings and net worth also include other income sources such as sponsorship. To get a better idea of ​​the complete picture we selected players from a full list of cricketers and their net worth and examined details of their salary and net worth as detailed in the table below.

Batsman, and Indian captain, Rohit Sharma is also in the A+ category for players Along with the salary that he receives, he also has sponsorship deals with Adidas, La Liga, Financepeer, Dr Trust, and several other brands.

Left-handed wicket keeper Rishabh Pant is in the A category when it comes to deciding on his salary. He also has sponsorship deals with Noise, JSW Steel, The pant project, Himalaya, Boost, Cadbury fuse, Boat, Realme 3, and other recognised brands.

These combined earnings have led to Pant achieving a net worth of Rs 36 crores.

Cricket all-rounder Hardik Pandya has sent a lot of time out of the game recently due to injury. He also now only plays ODIs. This has led to him being dropped from category A to category C, so his salary has also dropped. However , he still has sponsorship deals with brands including Monster Energy, Hala Play, Gulf Oil, Star Sports, Gillette, Zaggle, Sin Denim, boAt and Oppo.

In total, his combined salary and other earnings have led to Pandya achieving an overall net worth of Rs 30 crores.

Right-arm fast bowler Jasprit Bumrah is rated in the A+ category. He also has sponsorship deals with brands including Oneplus Wearables, Asics, Seagram’s Royal Stag, Zaggle, BOAT, and Dream11 which bring in earnings for him.

Taking both salary and money from sponsorships into account, Bumrah has an overall net worth of Rs 29 crore. This is likely to increase substantial if he remains a category A+ player.