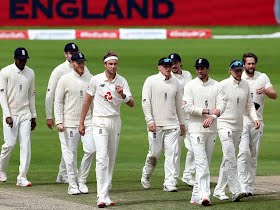 It takes a lot to beat the first Test match of the summer. It’s even more special when the match just happens to be being played at Lords. This opening match against world test champions New Zealand is even more important as it begins a new era for England.

There are changes here, there and everywhere at present in English cricket. Rob Key is the new managing director with Brendon McCullum the new red-ball coach and Ben Stokes as captain. Throw in some potential debutants on June 2 and this is a special occasion at Lords.

Brendon McCullum is best known for his big-hitting innings in one-day cricket. He was considered for the job as England’s white-ball coach but McCullum was more than a one-day specialist.

He also played 101 tests for New Zealand, scoring 9989 runs and with a higher average than for one-day internationals. Perhaps if New Zealand has a few injury problems, he could step in and get the 11 runs he needs for 10,000 in tests.

That’s not going to happen of course, but he is going to be beginning his time with England up against his home nation. He has a tough job on his hand because even McCullum admits that England are at “rock bottom” at present.

England begin this summer down at sixth in the world test rankings. That’s their lowest ranking in 27 years, so something must change when they take on New Zealand, India and South Africa this summer. Oh and of course, there’s the next Ashes series always on the minds of anyone involved in the England set-up.

If betting on cricket is a passion of yours, it is important to register with the best online bookmakers. Wincomparator has a special section containing information about online bookmakers sign up offers.” This will help you decide which are the best to become members of.

Joe Root is no longer the England captain, and we now enter the Ben Stokes era. Root making his return to being just a batter is a bit different from most times that situation is seen. Usually, a player becoming captain sees their batting form drop . Then they give up the captaincy and the runs start flowing again and that helps the team.

That’s not the case with Root who may have struggled at times with his captaincy but was still clearly England’s top run scorer.

Hopefully the appointment of Ben Stokes as captain isn’t going to affect his form. There’s going to be a lot of pressure on him, especially if results don’t go well at first. Seeing him go the way of Ian Botham who had a difficult time as England captain isn’t something we want to see this summer.

The squad for the first Test against New Zealand sees the return of Broad and Anderson. There’s also some youth in the squad too with the first-time inclusions of Yorkshire batter Harry Brook and Durham seam bowler Matty Potts. Both are 23 and been in fine form this season. Hopefully, that form will continue against the Kiwis if given the opportunity as England face a tough start to this new era.