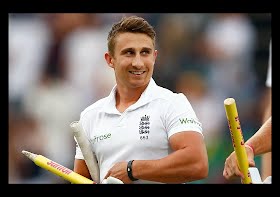 The game of cricket is not as physical as many contact sports around and the possibility of players sustaining career threatening injuries much more reduced. However, the game has over the years lost some incredible talent, forced out by serious irreversible conditions, or injuries.

It is evident no sport has lost more players through this route than football. In worst case scenarios, players have died on the pitch because of heart conditions, while others have been forced to abandon the game completely.

Most recently, Sergio Aguero, fresh from his move to Barcelona was forced to quit the game after being found to have a heart condition. Earlier, Fabrice Muamba was forced out of the game by the same complications but we’ve also had success stories in such instances.

Former Arsenal forward Nwankwo Kanu’s case stands out here, and most recently Cristian Eriksen who has even returned to the Premier League – termed the most competitive league in the world.

In cricket, we’ve had similar stories and as we look forward to another round of top clashes in the IPL, the best betting sites with bonus on SportyTrader will also be lined up with great offers for first time signups. This includes an offer of up to $130 on 1XBet, a welcome bonus of up to €100 on BetObet and ShangriLa among others.

So, who are some of the top players below 30 years old forced out of the game by injury? Here we have a look.

James Taylor: Englishman Taylor’s engagement with the game came to a crushing halt in April 2016. A promising batsman, Taylor had to call time on his career aged just 27 after arrhythmogenic right ventricular cardiomyopathy (ARVC) condition was discovered following scans. In his emotional farewell to the game, he admitted his world had been turned upside down by the discovery.

Craig Kieswetter: Another promising English talent that failed to reach full potential was Kieswetter. Man of the Match in the 2010 World T20 final, Kieswetter was only 27 when he was forced out with an eye injury in a club game. A damaged eye socket was the result of a ball that went through the wicketkeeper-batsman’s helmet. He tried a comeback but shortly afterwards admitted it was over.

David Lawrence: Another Englishman on the list; Lawrence, a fast-bowler had to call time on his career when aged 29. Lawrence suffered a painful-looking knee injury in 1992 in a game pitting England against New Zealand. With all his promise, Lawrence managed just five test matches for England before injury struck.

Beau Casson: Australian bowler Casson was forced out of the game with a heart condition when just aged 28. As a young boy he had to undergo a heart operation but in November of 2011, the announcement was made that he would no longer take part in the game. He played just one Test for Australia in 2008.

Geoff Allot: New Zealander Allot had to quit the game following a persistent back injury aged just 29. Allot will famously be remembered for his performance at the 1999 Cricket World Cup, where he was the joint second-best wicket-taker with 20 wickets.