David has established himself in the Big Bash League.

Singapore-born Tim David’s meteoric ascent in cricket has continued when he was picked to Australia’s Twenty20 World Cup team. His path to international selection differs from the norm, as he made a reputation for himself in overseas T20 leagues before being acquired by the Mumbai Indians for $1.53 million in this year’s Indian Premier League auction.

David has been called up to Australia’s T20 squad for their World Cup on home soil, and head of selectors George Bailey has described his climb to the national team as “unusual.” Bailey said in Townsville that there’s no doubt about it, it’s a new trip, which is incredibly exciting.

You can use the changes in the world of sport, specifically cricket, to your advantage by placing bets on different teams and athletes. To see ratings of bookmakers and to find out about bonuses and promo codes for betting at online bookmaking companies, visit https://bookmaker-ratings.in/.

The position David has played worldwide as a five, six, or seven batting option is much sought after in the 20-over format, according to captain Aaron Finch. Finch remarked that there aren’t many people in the world who have that skill.

He also said that David’s form over the previous couple of years has been exceptional as well. He’s someone who simply keeps getting better and his power is pretty astounding, but the entire package with some useful offspin overs and good in the field.

David, who rose to prominence with the Hobart Hurricanes in the Big Bash League, has previously played international cricket. In 14 T20Is for Singapore in 2019 and 2020, the 26-year-old batted at 46.5.

His selection comes at the expense of legspinner Mitchell Swepson, who won Australia’s inaugural T20 World Cup in the UAE last year. Bailey stated that it is a different strategic approach for their home World Cup, with spin playing a significant role in the last edition in the UAE.

He has faith in his team’s three spinners, Adam Zampa, Ashton Agar, and allrounder Glenn Maxwell. Both Bailey and Finch feel that home conditions and a balanced team will help them defend their title in October and November.

Bailey added that they have some depth and that It’s been another terrific winter; there have been a lot of people who have spent the winter playing in England, not just The Hundred but the Blast event have had some excellent tournaments, which is fantastic.

Veteran opener David Warner will miss the three T20s in India to prepare for a full summer of cricket, and will be replaced by youthful allrounder Cameron Green. A Short Guide for Betting on Cricket 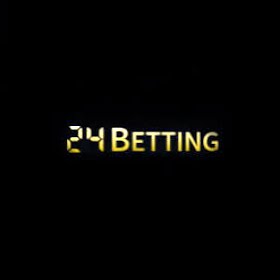