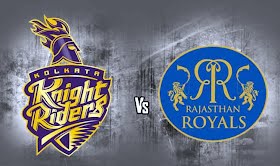 The Kolkata Knight Riders (KKR) will take on the Rajasthan Royals (RR) in match number 47 of the Indian Premier League (IPL) 2022 at the Wankhede Stadium in Mumbai on Monday. This will be an evening game and will begin at 7: 30 PM IST. Kolkata are languishing in the eighth position with six losses in nine matches. Rajasthan are in third with six wins from nine games.

In their last match, KKR went down to the Delhi Capitals (DC) by four wickets, extending their losing streak to five matches. Their batting struggled as only Shreyas Iyer (42) and Nitish Rana (57) got runs. The form of Aaron Finch, Venkatesh Iyer and Sunil Narine (with bat) remains a worry. Also, they brought in Baba Indrajith as keeper for the last game. Will they stick with him?

In the bowling, Sunil Narine, Umesh Yadav and Tim Southee are doing well. But since Varun Chakravarthy has been dropped owing to poor form, the balance in the bowling attack doesn’t look great. Kolkata used as many as eight bowlers in the last match.

RR suffered a shock upset at the hands of the Mumbai Indians (MI) in their last match. Their batting struggled on a sluggish surface at the DY Patil Stadium. Even Jos Buttler scored at under a run a ball for the most part of his innings , before lifting his strike rate towards the end. Daryl Mitchell has been poor with both bat and ball. Will he get another chance?

Rajasthan are unlikely to make a change in bowling. They would hope Trent Boult returns to form soon. That apart, Ravichandran Ashwin, Prasidh Krishna, Yuzvendra Chahal and Kuldeep Sen are doing a very good job for the franchise.