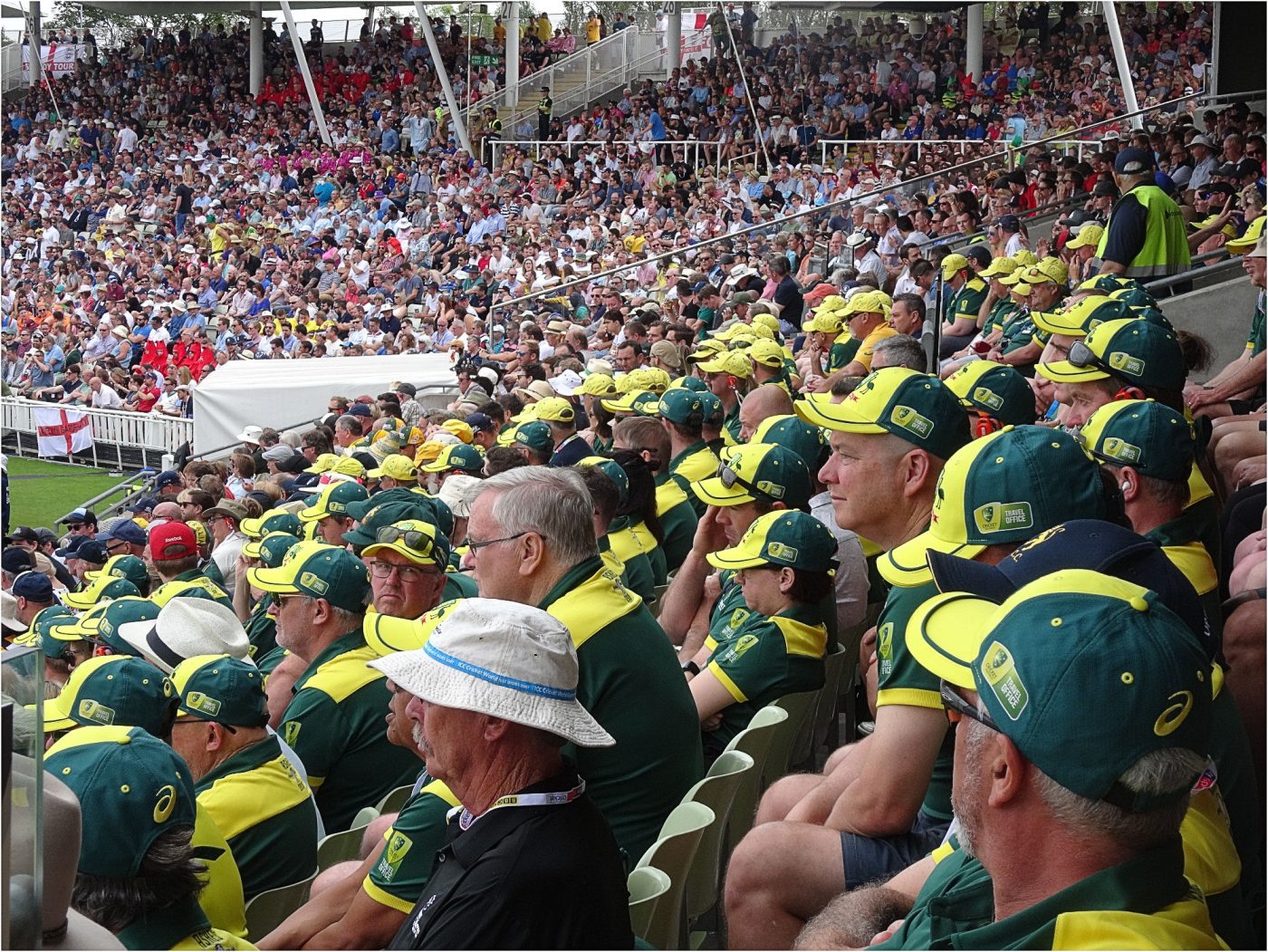 Generally in life, running away from your problems is ill-advised but in the recently-concluded men’s T20 World Cup in Australia, running hard Between the wickets proved to be a primary recipe for success.

Teams that compiled more runs by running twos and threes emerged victorious in ‘close matches’* 60% of the time. Along a similar thread, New Zealand, Pakistan, and England – three of the four semi-finalists – gathered the most (37.6 ), the second-most (29.14), and the fourth-most (27) runs per innings respectively by scurrying for twos and threes out of all the teams that featured in the Super 12 stage. To dissect the meaning of these seemingly nerdy findings , let’s dive into how this world cup materialised.

This tournament was a refreshing anomaly, a much-sought-for glitch in the matrix of T20 world cups. Unlike the previous edition in UAE and Oman, which functioned on the mantra of ‘win the toss, win the match’ with 29 out of  45 games being won by teams batting second, the playing field Down Under was evening out.

As a testament to this phenomenon, there were an unprecedented number of upsets in the 2022 edition. On four occasions an Associate Member of the ICC defeated a Full Member, the most ever in a men’s T20 world cup. On top of that, while Ireland and Zimbabwe are Full Members, in cricketing reality, their incredible victories over England and Pakistan respectively cannot be classified as anything other than an upset.

Beyond upsets and results, and in raw terms of the brawl between the bat and the ball, T20 cricket is a format where the former overwhelms the latter. But this norm was challenged in this tournament, where the ball, especially fast bowling, embraced the role of the protagonist with arms wide open.

For instance, out of all eight editions, pace bowling this time around had the best overall economy rate (7.53) and second-best strike rate (18).Dealing with genuine, quality swing and seam bowling upfront; sheer pace and steep bounce from hard, awkward lengths in the middle stages; and playing in gigantic fields, made life tough for batteries. Not surprisingly, we witnessed the second-worst overall.. batting strike rate (117.07) and average (20.16) in the history of T20 world cup cricket.

The prime reason for such an upturn of fortune for fast bowling – normatively in T20Is, spinners bear the grim burden of bandaging the run flow – was the playing conditions in Australia. According to CricViz, the nation produces the fastest and second-bounciest pitches in the world. Wintry weather and early cricket season freshness made the surfaces even livelier, certainly in the first half of the competition.

These factors were collectively responsible for taming batters, in a genre of the game where boundaries are the currency and batteries are consistently and fearlessly looking for ways to score at the speed of light. However, this world cup was struck by a boundary drought as the The ball reached or crossed the rope merely a miserly 1.77 times per innings (per batter), which is the worst-ever rate in T20 world cups.

Under such circumstances, batters acclimated and the role of the anchor, one which in the recent past has increasingly come under the scanner, gained new-found importance in glueing the inners together.

Jarrod Kimber recently explained this phenomenon in his podcast, Uncovered: “In Australia… the grounds are big. You can actually score at a strike rate of 130-135 without hitting boundaries, which in the rest of T20 cricket is really hard to do. And so you do get a lot of these guys who chip the ball around, who run very cleverly, who use the angles of the dimensions because the ground is so much bigger. [They] only need to beat this person by this amount, because once it gets into that gap, it’s two, three, or four. It’s a slightly different kind of T20 cricket than we see in the rest of the world.”

Many say that cricket is witnessing its Moneyball moment, and undoubtedly T20s have played a major hand in stirring this revolution of sorts. In this world, which now collects and scrutinises data to the finest of details, every ball becomes an event where advanced there’s an age. to be gained or lost.

When viewed from this perspective, while accounting for the challenging batting conditions and realities such as Australia being a venue where batters, on average, run the most number of twos and threes per ball and the second-lowest amount of runs are scored through boundaries (54.1)it makes sense that teams scampering more runs through twos and threes, or conversely those which efficiently stopped these runs while fielding, found a competitive edge in crunch situations and enjoyed more success generally.

An excellent example of how painstaking the outcome-defining details were is the India vs Pakistan game at Melbourne Cricket Ground (MCG), where out of all venues in Australia, The least percentage of runs are scored in boundaries (49.3%). In this thrilling encounter that was dramatically clinched by India on the very last ball, Pakistan gathered 36 runs through twos and threes while the number for India was 37… and that made all the difference.

Nathan Leamon and Ben Jones, the authors of Hitting Against the Spina book that deconstructs cricket with the help of empirical data, make the point that in world cup cricket, because of the prize at stake, the intensity of the play shown by teams is visibly higher in all three departments of the sport than in regulation bilateral series.

It is often prophetically said that cricket is a game of fine margins, and if Leamon and Jones are to be believed, the margins thin out even more in a world cup scenario.

In this particular T20 world cup, while hitting boundaries was worth its weight in gold, running hard and running more harbored its value. Eventually, it turned out to be another of those fine margins that are not too evident on the surface, but evidently mattered a great deal.

You can read more of Saurabh’s work on his blog SportMelon.

* To assemble this data, every match that is won with 3 or fewer balls left or by 9 or fewer runs has been classified as a ‘close match’. However, the two games which were decided by the DLS method have not been considered to Maintain the uniformity of overs faced/runs scored by each team.