When you think of cricketing countries, we’d bet that the USA isn’t usually the first name mentioned. That is going to change though with the Americans being one of the host nations of the T20 World Cup. Will they be able to mount any kind of challenge in two year’s time?

It’s good news for both of the host countries of the 2024 T20 World Cup. The other hosts are the West Indies who failed to qualify for the Super 12 in the recent tournament. The days when bookmakers dreaded yet another West Indies win (usually over England) are long gone.

The USA were 26th in the T20 world ranking list published during the World Cup. That put them ahead of countries such as Singapore, Italy, Saudi Arabia and the Isle of Man. In the ODI rankings, they were 18th of the 20 countries listed, above Nepal and Papua New Guinea.

Their inclusion and guarantee of a place in the tournament means a lot of work needs to be done during 2023 and the build-up to the event in June 2024. Online sportsbooks will certainly offer high odds of them being successful in two year’s time.

It’s a big question and money obviously plays a big part in the decision. A glance at the T20 world rankings does indicate how global the game is becoming. It includes the Cayman Islands, Finland, Indonesia, Bulgaria and at the bottom of the rankings, Cameroon.

Americans are used to watching baseball, rather than cricket. There’s the ancient joke of an American being baffled by the fact a cricket match can last five days and still end in a draw. If the International Cricket Council (ICC) wants to expand the sport in the USA, then test match cricket is not the route to go down.

ODI and T20 matches are the way forward. American fans are far more likely to take to matches that only last a few hours. Those who like to gamble on sport will also be encouraged by the many online sports betting opportunities that are available, now in New York and soon in Ohio.

The coming months may well be bumpy ones for American cricket. Although they are hosting matches in 2024, the ICC stripped USA Cricket of the administrative role of hosting the tournament. There have been financial concerns over USA Cricket and their non-compliance with the ICC’s financial protocols.

While there are worries over off-the-field activities, what about the likely performance of the American team? No one wants to see a host nation suffer a series of disappointing defeats but they currently don’t have any players in the top 100 ICC batting and bowling rankings.

When it comes to their squad, it is one that has many players who weren’t born in the USA. Players such as Sushant Modani, Nisarg Patel, Monank Patel, Gajanand Singh and Saurabh Netravalkar make their squad look like that of an India B or C team.

The international flavour continues with Rusty Theron from South Africa and New Zealander Marty Kain. That’s not to say there aren’t home-grown players. Steven Taylor and Aaron Jones have both been playing well and were born in the States.

It’s just the way that those countries without a cricketing background tend to populate their squads. The hope will be that the co-hosting of the T20 World Cup in 2024 will get more youngsters interested in the sport.

They have had some degree of success in recent years. 2022 saw them finish third behind Oman and Scotland in the ICC World Cup League 2. That earned them a place in the 2023 ODI World Cup qualifiers that take place in Zimbabwe next June and July. .

Bookmakers perhaps won’t fancy their chances of making it to the finals, however, a promising display will boost hopes of a decent performance in the 2024 T20 World Cup.

The T20 World Cup will be important for American cricket. There’s even talk that if it is a success, cricket might be seen in some format at the 2028 Los Angeles Olympics.

Paraag Marathe is the Chair of Board at USA Cricket. He’s delighted that the ICC believes the USA can be “a strategic market for growth that will benefit cricket around the world.” His view is that co-hosting the T20 World Cup can lead to a professional league being set up in the USA. It can also “grow the fanbase and inspire public and corporate support.” 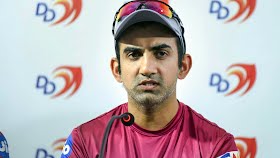