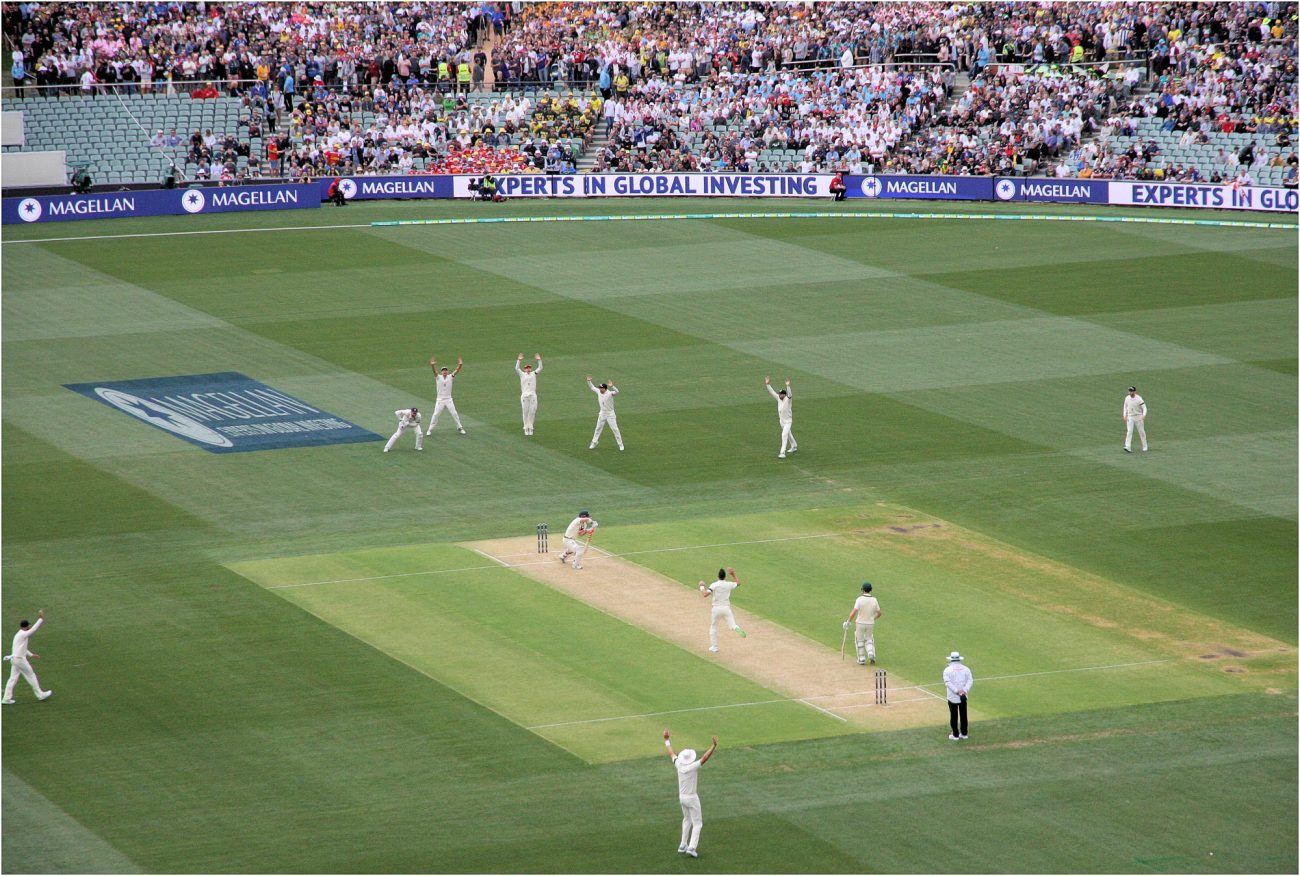 New Zealand’s Tom Latham is a very good Test cricketer. Making his debut in 2014, the left-hander has been an ever-present feature of the Kiwis top order for almost ten years. In a decade dominated by seam bowling, Tom’s textbook technique and patient approach have served him well, averaging a sturdy 41.91 in his 70 tests – not remarkable, but notably impressive considering the roll call of openers that England have deployed in the same period.

Imagine, if you would, that an English bat averaged north of 40 having played for nine years. Praise would be heavy, and perhaps, deserving. Sir Andrew Strauss is considered a three lions great for his eight years of service despite averaging exactly one run less than Tom Latham.

His finest hour came in 2018. Batting for a remarkable 694 minutes, Latham demolished a tired Sri Lankan attack on his way to a maiden double ton. 246 runs off 489 balls, including a handful of forceful drives off both the front and back foot. He also has silverware to his name, helping New Zealand win the inaugural World Test Championship crown with victory over India at the Rose bowl nineteen months ago.

Yet, all’s not quite as it seems. As Tom Latham, Kiwi stalwart, and season international pro, is something of a statistical anomaly. For all his runs and appearances, the 30-year-old’s record against the ‘top’ Test nations is frankly abysmal. From his 35 Tests against England, India, Australia and South Africa, Tom Latham has scored 1,665 runs at an average of 28.85. I repeat, 28.85! Almost two less than England reject Rory Burns and only marginally better than the part time biffing of Ravichandran Ashwin.

Comparatively, his record against the other five Test playing nations (excluding Ireland and Afghanistan) is phenomenal. Twelve of Tom’s thirteen Test tons have come against Bangladesh, Sri Lanka, Pakistan, Zimbabwe, and the West Indies. Against this ‘other five’, he averages a staggering 58.89, having again played 35 Tests.

In summary, Tom Latham is a woeful bat against the top test sides but a consistent run-machine against the rest.

The obvious question is why? What makes the Kiwi so fallible to the bowling of top Test teams, yet so dominant against the rest? Perhaps Latham is of a similar vein to former England bat, Mark Ramprakash. ‘Ramps’ scored almost 36,000 runs at 53.14 in his 25 years of first-class cricket, but only managed a sombre 2,350 runs at 27.32 in his Test career. A world-beater against mediocre bowling, Ramprakash’s best attribute was his ability to cash in against weaker opposition, This seems to be the case for Tom Latham, taking his chances when the going’s easy, but finding things a little trickier against the big boys.

Throughout Tom’s Test career, England, India, South Africa, and Australia have all been blessed with a consistently brilliant array of bowlers. In his 35 Tests against them, these teams have rarely fielded a side without at least two bowlers who average under 30: Woakes, Broad and Anderson for England; Ashwin, Jadeja, Shami and Bumrah for India; Rabada, Steyn, Morkel and now Nortje for South Africa; Johnson, Cummins, Starc and Hazelwood for Australia.

Comparatively, the other five nations have rarely fielded an XI with one bowler who averages under 30, let alone two or even three. Neither Zimbabwe nor Bangladesh have produced a single bowler with an average consistently under 30 in the last decade. Rangana Hearth was the only Sri Lankan to do so since the retirement of Muttiah Muralitharan.

Pakistan and the West Indies are the only teams to buck the trend. Mohammed Abbas, Hasan Ali and young Shaheen Afridi all average in the mid 20s. Yet, docile pitches in Pakistan and the UAE have all but nullified their threat at home.

The West Indian attack boasts the potent sea bowling of Jason Holder and Kemar Roach, who both average under thirty. Unsurprisingly, the Windies are the only team in the ‘other five’ that Tom is yet to ton-up against.

So, as did Mark Ramprakash at the first-class level, Tom Latham has repeatedly taken his chances against poor bowling. Cashing in on the sub-par seam and ropey spin of the bottom five Test nations.

One should also consider pitches. Kiwi tracks have been notoriously placid over the last decade, infamously flat without any chance to break up in the second innings. A batting paradise for Latham, who’s repeatedly dined out on said flat tracks to average 47,03 at home while struggling overseas.

So, is Tom Latham actually any good? Or does our deeper dive into the statistics expose an overrated bat who’s built his career on scoring the ‘easy runs’ when conditions are in his favour?

The obvious answer is yes, he’s very overrated. One ton and an average of 28.85 in his 35 games against top opposition are the stats of a sub-par batter – a fallible opening stick, incapable of putting up a fight when his country needs him most.

However, the runs that Latham has scored shouldn’t be overlooked, regardless of who they were scored against. I’m sure that the 30-year-old would rather his runs come against better opposition, yet his consistency against the weaker sides is no mean feat. Facing the same opposition which the Kiwi averages almost 60 against, England’s Joe Root can boast an average of only 51.58 from his 41 matches. Certainly still impressive, but the eight-or-so more runs that Latham averages reflects just how dominant Latham is against poor bowling.

However, weaker opposition shouldn’t diminish the importance of the games that Latham’s performed in. The introduction of the World Test Championship has given all series importance, with every result counting towards the competition’s table. The Black Caps won the last edition, but certainly wouldn’t have qualified for the final without Latham’s steady hand against the minor teams. Take his dominant 154 against Sri Lanka in 2019, for example. The mammoth knock, full of imperial straight and cover drives, laid the foundations to ensure a crushing Kiwi victory. Or take his third innings 53 against Pakistan two years ago – a characteristically gritty half-century which allowed the Black Caps to push for a declaration. The match, which may have otherwise been a draw, ended in a New Zealand victory.

Without these knocks, and the countless other contributions that Latham made against the minor teams over the last WTC cycle, New Zealand would not have qualified for, and later won the World Test Championship final.

So, is Latham any good? Well, yes. He’s good – good in an equally abysmal and brilliant way. He certainly isn’t great – his woeful record against quality bowling attacks proves as much – but to label Latham as overrated doesn’t give the full picture, either. After all, his mountains of runs against the minor nations have been imperative to New Zealand’s success, particularly in the World Test Championship.

Perhaps what Latham’s record proves most is the deceptive nature of statistics. His batting average of 41.91 is in no way representative of the equally terrific and terrible player that he truly is – a case study in why one should never judge a batter by their average alone .

For Tom Latham, the numbers lie. 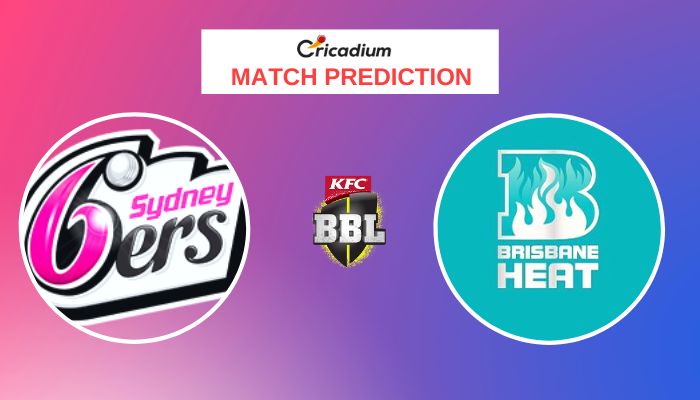