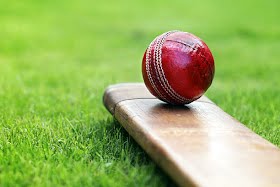 As we continue moving through a new decade, it’s time to take a step back and reflect on some of the greatest wins in the cricket world from the previous decade. There were some amazing international matches played during that time period that we will cherish for years to come. It was quite tough to select a mere top five cricket matches which had the biggest wins in this decade, but we did our best to bring to you the most stellar one and have included our picks in this humble list.

Cricket is probably one of the most riveting games which spews a bucketload of healthy stress for viewers of this game. It’s no wonder cricket fans are so invested in knowing how the wins have progressed over the last decade. This decade was excellent for cricket games, which saw a fair share of modifications. The format and team members of One-Day International Cricket (ODI) for example, has seen a number of changes and improvements. There was a period when a single ball was used in each ODI win, and the reverse swing was the dominant technique

When it came to the power play, there were various regulations, and the batting side had the option of choosing whenever they desired to take the third opportunity. However, 10 years have passed and a number of things have changed. The makeup of the majority of the teams have changed since then. The regulations are different in this case. In the previous ten years, three World Cups have taken place. Teams have gotten more tough, and one-day international cricket has retained much of its significance despite the introduction of Twenty20 cricket.

We’re getting things started with a rather extraordinary match, as this is probably one of the matches that will be recalled on several accounts by cricket fans for decades to come.

Sri Lanka arrived in South Africa with none other than their most ardent supporters, who were convinced that they could challenge the best. The Lions had recently returned from a two-Test series in Australia, where they were thrashed so soundly that Australia scarcely broke a sweat in the process.

Sri Lanka, on the other hand ranking at 206/5 were in pursuit of 304 to win in the Opening Test. They tried to visualise a surprising victory. However, after losing 4/20 to almost seal their doom on the field, they were on the verge of turning their dream into a nightmare.

Sri Lanka, had a twist of luck however, as they were carried home by a fearless Kusal Perera masterpiece (153*), which is possibly the greatest innings in cricket history. He hammered South Africa’s best bowlers all over Kingsmead, causing widespread devastation. Sri Lanka won the match by a single wicket, thanks to the shaky but capable backing of Vishwa Fernando (6*), who came in at the opposite end.

If ever there was an inevitable draw in a cricket match, it would have been in the Pakistan vs. Sri Lanka test match. India held a 36-run advantage after the first innings, but Cheteshwar Pujara and Virat Kohli put on the runs in the second. As a result, they set a world record-setting target of 458 points for South Africa to win. At the close of day four, the Proteas were short of two late wickets, and many expected they would battle out the game for a draw.

They put up an astonishing 205 for the fifth wicket, though, with Faf du Plessis and Ab de Villiers in tow. The South Africans just needed 16 runs from 19 deliveries when the two batsmen were bowled. The final three overs were blocked by Dale Steyn and Vernon Philander, much to the amusement of the crowd.

There were several punters who were debating who to bet on and at which Indian gambling sites to do so. Despite the fact that India does not provide gambling licences, international standards and guidelines for online gambling were and still are widely recognised and followed. When gamblers place bets at an online casino they should rest easy knowing that their money, personal information , and other sensitive information are safe and secure while betting on their favourite teams like cricket.

With the game obviously heading for a tie after four days of play, this test match was not the finest showcase for test cricket. In their first innings, Sri Lanka achieved 428 runs at a run rate of slightly over 2 per over.

Sri Lanka were struck out for 214, leaving Pakistan with a target of 302 on the board after their primary innings total was only 87 runs flat. The trouble was that they only had 60 overs to complete the task. Pakistan, down by a single test , fought with all they had for a win in the last match.

Azhar Ali’s magnificent century and quickfire runs from Sarfaraz Ahmed and Misbah-ul-Haq helped Pakistan thrash the target in only 57 overs.

This match set the mark for India- it was their be-all or end-all. After a below-par score of 146 at Bangalore’s M Chinnaswamy Stadium, they were in danger. With 11 needed from the last over, Bangladesh, who India was supposed to overcome, seemed to be another World Cup 2007-sized nightmare for India.

This match set the mark for India- it was their be-all or end-all. After a below-par score of 146 at Bangalore’s M Chinnaswamy Stadium, they were in danger. With 11 needed from the last over, Bangladesh, who India was supposed to overcome, seemed to be another World Cup 2007-sized nightmare for India. Mushfiqur Rahim’s two fours during the opening three balls put India on the verge of defeat. With Bangladesh requiring two from the penultimate delivery, he notoriously rejoiced a little too early and Hardik Pandya took up two wickets in the following two deliveries.

MS Dhoni went all the way to the posts to smash the posts before Mustafizur hit his first delivery. India advanced to the semifinals after a thrilling one-run victory.

After winning the Ashes the preceding yearEngland travelled to Australia at the start of the decade. Prior to the start of the matches, it was expected that this would be among the most competitive Ashes series that Australia had seen in a long time. The match was tied 1-1 going into the Boxing Day match; England had dominated the first two rounds but battled mightily in Perth.

With an unbeaten 59-run advantage at the closing of the first day of the match, England took control of the series against Australia. Jonathan Trott scored 513 for England, who went on to win through an innings and 157 in Australia’s backyard to regain the Ashes. 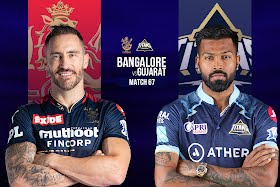