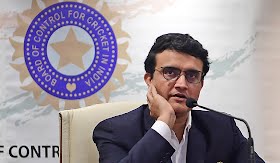 The Board of Control for Cricket in India (BCCI), on Monday, announced an increase in the monthly pension of former cricketers and match officials. BCCI Secretary Jay Shah took to Twitter to announce the decision. While sharing the post, he stated that nearly 900 people would benefit from the raise.

Shah’s tweet read, “I’m pleased to announce an increase in the monthly pension of former cricketers (men & women) and match officials. Around 900 personnel will avail of this benefit and close to 75% of personnel will be beneficiaries of a 100 % raise.”

Reacting to the move, BCCI president Sourav Ganguly said in a statement that it is extremely important that the financial well-being of India’s former cricketers is taken care of. His statement added, “The players remain the lifeline and as a Board, it is our duty to be by their side once their playing days are over. The umpires have been unsung heroes and the BCCI truly values ​​their contribution.”

The announcement of the raise came on the second day of the ongoing e-auction for IPL media rights. The TV rights for the Indian subcontinent were sold at Rs 23.575 crore and digital rights for Rs 20,500 crore for a period of 5 years from 2023 to 2027. The BCCI has bagged Rs 44,075 crore for 410 matches in the upcoming 5 year-cycle following the sale of the TV and digital rights for the Indian subcontinent.

Coming back to the unsung heroes of the game, Shah had earlier announced a Rs 1.25 crore prize money for groundsmen and curators of all six venues that played host to the IPL 2022 matches. Last month, he had tweeted, “I’m pleased to announce a prize money of INR 1.25 crores for the men who gave us the best games in #TATAIPL 2022. The unsung heroes – our curators and groundsmen across 6 IPL venues this season.”

“We’ve witnessed some high octane games and I would like thank each one of them for their hard work. 25 lacs each for CCI, Wankhede, DY Patil and MCA, Pune. 12.5 lacs each for Eden and Narendra Modi Stadium,” Shah added.

While the league stage of IPL 2022 was played at four venues across Maharashtra, the playoff games were held at the Eden Gardens in Kolkata and the Narendra Modi Stadium in Ahmedabad.