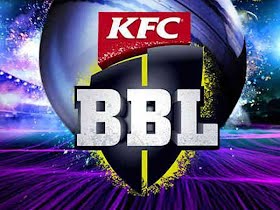 The next edition of the Big Bash League (BBL) is scheduled to start on December 13 and the final match will be played next year on February 04 in Australia. Each team is set to play 14 matches in the league stage and the top five will move to the finals series. Perth Scorchers are the defending champions.

BBL Focusing on Contracting International Star Cricketers The next edition of the Big Bash League (BBL) is scheduled to start on December 13 and the final match will be played next year on February 04 in Australia. Each team is set to play 14 matches in the league stage and the top five will move to the finals series. Perth Scorchers are the defending champions.

The league has been usually criticized for having the least international stars compared to other major cricket leagues including Indian Premier League (IPL) and Caribbean Premier League (CPL). To overcome the crisis, the first-ever international draft lottery took place on July 21 for the 2022-23 season and some of the players who had registered were Faf du Plessis, DJ Bravo, Rashid Khan, Colin Munro and Kieron Pollard.

Melbourne Renegades won the right to pick the first player in three of four categories in the lottery while Hobart Hurricanes was the unluckiest and received the right to pick last in three categories. The draft orders were Platinum, Gold, Silver and Bronze. The chronological order for Round 1 is as below:

The international draft is scheduled to be held on August 28 (Saturday), following the first Dettol One Day International between Zimbabwe and Australia. The process will be televised live on Kayo Sports and Fox Cricket. Adam Gilchrist, Mark Howard, Kath Loughnan, Darren Lehmann and Michael Hussey are learned to be hosting the draft event.

Former South African captain Faf du Plessis became the first marquee nomination for the BBL draft. He is one of the best T20 players and most sought-after free agents in the format. He announced retirement early last year and played in the 2022 IPL representing and captaining the Royal Challengers Bangalore.

The 37-year-old right-handed batter is simultaneously considered one of the best fielders of all time. He was titled with the award of the South African Cricketer of the Year in 2019. He debuted in an ODI against India in 2011 and about a year later played his first Test match. Hitting a century in his first Test match, he became the fourth South African to achieve the debut ton.

2021-22 was the eleventh edition of the BBL and the final match was played between Perth Scorchers and Sydney Sixers at the Marvel Stadium in Melbourne. Perth Scorchers won by 79 runs and Laurie Evans was titled with the award of the Player of the Match. The series started on December 5 in 2021 and wrapped up on January 28, 2022. Ben McDermott of Hobart Hurricanes was announced Player of the Series while Peter Siddle of Adelaide Strikers was the highest wicket-taker with 30 wickets record.

The matches were played in fourteen venues including Adelaide Oval in Adelaide, The Gabba in Brisbane, Manuka Oval in Canberra, GHMBA Stadium in Geelong, Junction Oval in Melbourne, Perth Stadium in Perth and Blundstone Arena in Hobart.

The Big Bash League is simultaneously named the KFC Big Bash League for sponsorship reasons. The Australian Twenty20 cricket league was first held in 2011-12 replacing the KFC Twenty20 Big Bash. Fast-food chicken outlet KFC has been the title sponsor of it since its inception. The matches are played during the summer months of Australia – December, January and February.