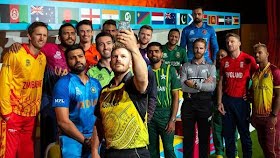 The 2022 edition of the FIFA World Cup is surrounded by many peculiarities, owing largely to Qatar as the host nation. Read on to learn some interesting facts.

The highly anticipated FIFA World Cup is only a few days away. Since it is scheduled to take place in Qatar, there have been many interesting thoughts and predictions about the tournament and the host country. One of the most noticeable differences in the 2022 World Cup is the time of year it is held. Previous editions were held from May to July, the end of the season for most European leagues. However, this time, top European leagues have to suspend their league matches for their players to compete in the World Cup.

The tournament will begin on November 21st and last until the 18th of December. Given the event’s popularity, millions of fans will tune in worldwide to watch this tournament, apart from those who will witness the live action in Qatar. Also, it is noteworthy that This edition will be the last with 32 teams since FIFA aims to expand the tournament beginning with the 2026 edition.

As expected, the World Cup also opens up a massive betting opportunity for punters worldwide to wager on matches and events throughout the tournament. Every bookmaker worldwide will cover the event, with all fixtures already mapped out. For instance, Parimatch Bangladesh offers Bengali bettors a fantastic experience betting on the world cup with competitive odds, a wide range of betting markets, attractive promos and bonuses, etc.

Let’s delve into some fascinating facts and predictions about this year’s FIFA World Cup.

When the world cup hosting rights were awarded to Qatar in 2010, many worried about the possibility of hosting such a worldwide event in the country. One of the reasons was the soaring summer temperature in the country. In fact, due to this extreme temperature, The country’s domestic league matches run from September to April.

Therefore, to get around this weather challenge, FIFA decided to move the world cup from its usual scheduled period in the summer to the winter when there is less heat. This will therefore be the first-ever world cup to be played in winter.

When the World Cup was awarded to Qatar, it lacked the facilities to host a tournament of that caliber. However, the country had 12 years to prepare and has put these years into building the required facilities and stadiums to host the matches. Still, this World Cup edition will be played in only eight venues. Qatar has had to build seven of those eight stadiums from scratch following the awarding of the hosting right to the competition in 2010. The previous edition of the World Cup in Russia was played in 12 venues .

This year’s edition of the world cup is by far the most expensive so far. Qatar reportedly had to spend nearly 200 billion dollars on infrastructures, including stadiums, hotels, accommodations, etc. The previous edition only cost Russia a little above 10 billion dol

This year’s World Cup edition will also be the second to be hosted in Asia. The first to be hosted in Asia was in 2002 when Korea and Japan jointly hosted the tournament. However, Qatar will be the first middle eastern country to host the competition.

The Most Commutable World Cup

Qatar is a small country in size. Judging from the teeming number of visitors for the world cup, moving within the country between residences and match venues will be relatively easier than it has been with previous world cup editions.

Despite the competition being held in the winter, the temperature during the daytime can still be stressing. Therefore, Qatar has decided to tackle this issue by installing air conditioners in each host stadium. Although many people have rushed to condemn FIFA’s choice of Qatar as the host of the competition, it is obvious that the country has prepared well and is more than ready to host it.

Also, the fact that the world cup is hosted in Qatar further lends credence to the fact that football is a global sport and open to everyone.

So far, there have been many opinions and predictions about how the competition will turn out. The previous edition of the world cup, held in Russia in 2018, saw France win the trophy for the second time in the tournament’s history. They are once again considered one of the favorites among the 32 teams vying for the title in this year’s edition.

France’s triumph was also the fourth consecutive victory by a European nation. However, there are strong indications that this year could be a chance for the rest of the world, especially for South American teams like Argentina and Brazil who currently look strong going into the tournament .

This year’s FIFA World Cup has been the subject of numerous opinions and controversies, primarily due to Qatar hosting the event. However, the fact remains that the event will be exciting, packed with special football moments from outstanding teams and players.