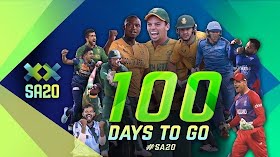 The new, much anticipated franchise T20 League, from South Africa – SA20 – gets underway on January 10th 2023, with 6 teams participating in the competition and these are our pick ‘strike force’ bowlers to be reckoned with…. And for all the latest SA20 odds and betting on the tournament, check out betway.

Tabraiz Shamsi has been bought by Paarl Royals for R4.3 Million. He is ranked number 6 in the ICC Men’s T20 Bowler rankings and is one of the best bowlers in T20 cricket currently.

Shamsi can spin the ball both ways and has multiple variations up his sleeve. He can bamboo both right as well as left-handed batters.

Rabada needs no introduction to the cricket fraternity. He is ranked 42 in the ICC Men’s T20 Bowler rankings. However, he is a much better bowler than the ranking suggests.

Rabada is a big match player, and he can change the course of a match at will. He bowls brilliant yorkers at the death and also has a surprise bouncer as a weapon in his arsenal.

Sri Lankan Maheesh Theekshana is currently ranked 10th in the ICC Men’s T20 Bowler rankings. He is a really effective spin bowler, that can be used both in the powerplay overs as well as the middle overs.

Theekshana has picked up 98 wickets so far in T20 cricket at an average of 21.25 and an economy of 6.32. This is what makes him a very valuable player, in T20 cricket, as he frustrates and strangles batters into mistakes.

Theekshana has produced many match-winning performances playing for Sri Lanka and his wizardry will be on show for all in SA20.

Rashid Khan is ranked number 2 in the ICC Men’s T20 Bowler rankings. He is one of the best T20 bowlers of modern-day cricket.

He has picked up 490 wickets in T20 cricket so far at an average of 17.89 and an economy of 6.37. Rashid Khan is the first choice for Franchises across the world. He has won many titles for his Franchises and his experience is second to none in T20 cricket.

The young Irish bowling sensation has been in great form. In a very short career, he has impressed with his knack of picking up wickets at regular intervals.

The highlight of his career was at the ICC Men’s T20 World Cup, where he picked up a hattrick against New Zealand to set the world stage on fire.

Josh Little bowls with great accuracy and doesn’t give much room to the batters to score free runs. He is certainly going to be one of the top bowlers of SA20 2023.