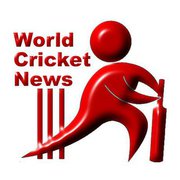 The ICC World T20 is the flagship tournament for the men’s T20 format, and it usually takes place every two years. The most recent edition of this prestigious event is being held in Australia between 16th October and 13th November. As the eighth instalment of the tournament , fans will watch 16 teams go head to head in 45 matches. If you’re new to cricket or you just want to know more about the ICC men’s T20 World Cup, keep reading for more information.

The Teams Playing In The World Cup

What Are The Groups?

The teams have been divided into four groups, two in the first round and two in the Super 12. The groups for the T20 world cup are as follows:

Once the Super 12 stage begins, you will see the six teams in each group play a round-robin. At the end of the stage, the top two teams from each group will progress to the semi-finals. Following on from the semi- finals, the two winning teams will face each other in the final, which will be held at the Melbourne Cricket Ground (MCG).

How The Point System Works

The points system is very easy to understand. For each win, a team will get two points, while the losing team will get zero points. If two teams are tied, there is no result, or the game is abandoned, each team will receive one point.

Key Dates In The Tournament

The tournament takes place over two months, and there are plenty of matches to keep you entertained. But if you want to know when the most important matches take place, we’ve got you covered.

Betting On Your Favourite Team

If you’ve been following the tournament and you’re looking to bet on your favourite team, now is the time to do so. There are a lot of different ways to bet on this tournament, from match odds to tournament odds. Match odds will let you bet on who will win the match outright, whereas tournament odds let you bet on who you think will win the entire tournament. Additionally, if you have a couple of minutes of free time and you’re looking for a thrill in between matches, you could spend time playing online casino games. Some of the classic slot games are even themed if you’re looking for a cricket-inspired game to play.

The T20 World Cup is currently being held in Australia. There are seven venues across the country being used for the matches, with the final being played in the Melbourne Cricket Ground. Here’s a list of the venues that will be hosting the T20 World Cup matches :

Where To Watch The T20 World Cup

The tournament will be broadcasted on TV as well as online. You can catch the key matches of the tournament on multiple platforms depending on your location.

The ICC Men’s T20 World Cup is one of the biggest cricketing events in the world. The event is held once every two years, and it brings together the world’s top teams in the format to compete for the title. The upcoming edition is being held in Australia, and it will be played from 16th October to 13th November. If you’re already a cricket fan or you’re a beginner looking to get into the sport, now is the time to start following the format and get ready for this exciting tournament.