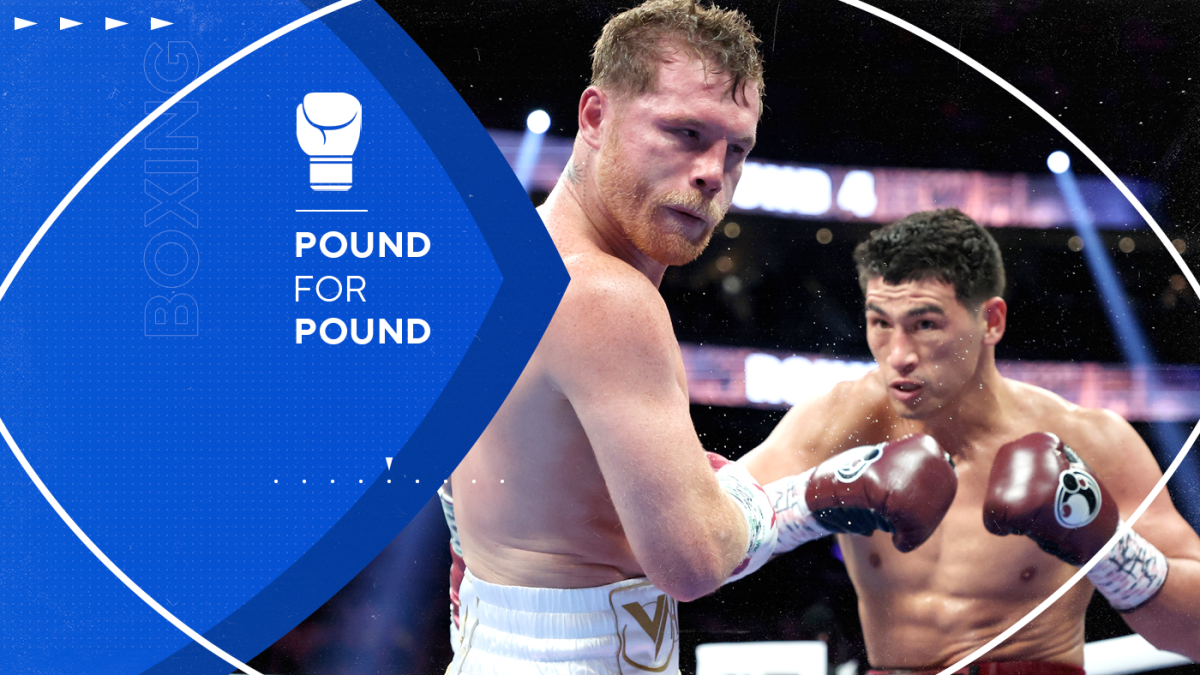 Alvarez, 31, who has won titles in four divisions, failed in the end to one-up his incredible 2021 campaign when he became the first undisputed champion in 168-pound history. That doesn’t mean he deserves anything but our collective praises, however, for turning down bigger fights commercially in order to find a matchup like Bivol that would truly challenge him.

Bivol, who used the victory to find his own place among the top 10 best in the world, relied on skill just as much as size to frustrate Alvarez. His defense was also on point enough that he limited the Mexican icon to single punches landed at a time and nothing more.

Luckily for Alvarez, his reputation is so sky high that the defeat did not affect his P4P ranking as a unique modern superstar willing to risk a loss in order to maximize how great he can be. Still, the loss was a humbling reminder that up to a certain point, size does matter.

Considering Alvarez spent just as much time during fight week talking about how he would defeat Bivol as he would teasing possible future moves up to cruiserweight and even heavyweight, the loss should provide a new baseline of what is reasonable. That hasn’t stopped Alvarez, however, from saying he’s interested in an immediate rematch.

Below is the latest Pound for Pound rankings update after Alvarez’s shocking loss in May.

The best in the world seemed to find his ceiling as far as dramatic rises in weight are concerned when he dropped a unanimous decision to unbeaten WBA light heavyweight champion Dmitry Bivol in May. A rematch could be next, although Alvarez retains his “best in the world” status due to his overall body of work across four divisions.

Despite a 17-month layoff and surgery to repair a detached retina, Spence returned looking better than ever at age 32 in his demolition of Yordenis Ugas to unify three of four world titles. The only fight that makes sense for next is an undisputed showdown with WBO champion Terence Crawford in arguably the biggest fight the sport could make.

Crawford made an incredible series of adjustments to slow down and finish Shawn Porter in their November pay-per-view clash. As a network and promotional free agent, the time has never been better for Crawford to seek a career-defining test for all four welterweight titles against Spence.

The Japanese “Monster” closed off 2021 with a stay-busy knockout in his native Japan. Inoue’s combination of power, speed and boxing IQ is among the best in the game. Up next is a June title unification against living legend Nonito Donaire, in a rematch of their 2019 thriller.

At 33, “The Gypsy King” may have authored his most thorough and impressive performance to date when he knocked out Dillian Whyte with one punch in front of 94,000 fans in London. Although Fury has teased both retirement and a mixed rules match against UFC star Francis Ngannou, a shot at the undisputed championship is still at reach.

The ongoing conflict in his native forced Ukraine Lomachenko to the frontlines and out of a possible title bout against unified lightweight king George Kambosos Jr. Regardless of when he returns, the 34-year-old Lomachenko used 2021 to remind his critics how dominant he still is by dismantling Masayoshi Nakatani and Richard Commey.

Already being compared to a young Floyd Mayweather, the 24-year-old southpaw produced a surgical dismantling of fellow unbeaten titleholder Oscar Valdez in their April title unification. Stevenson’s speed, technique and IQ are off the charts. The future is now.

The former undisputed cruiserweight champ upset the apple cart at heavyweight by convincingly outpointing Anthony Joshua. A contractually obligated rematch is likely for this summer after Usyk was given clearance by his native Ukraine to begin training despite the ongoing conflict with Russia.

Criticized at times for playing it safe in the past, Bivol was anything but in his career-making victory over pound-for-pound king Canelo Alvarez. Bivol acted the part of the bigger man and failed to show Alvarez any respect in the manner that he fought him. Not only is Bivol interested in an immediate rematch, he’s willing to cut to 168 pounds to contend for the undisputed crown.

“Tank” battled through an injured hand to outpoint a determined Isaac Cruz in their December pay-per-view bout. Davis will bring his star to the Big Apple when he faces Rolly Romero in a May bout in Brooklyn that promises fireworks.