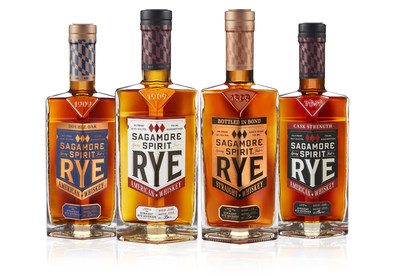 Second annual Bottled in Bond release is bold and complex; fewer than 2,000 bottles available for the holiday season

Coming a year after the brand’s first-ever Bottled in Bond release – winner of a Double Gold award at the San Francisco World Spirits Competition – the 2022 iteration blends two straight rye whiskies, one with a high-rye mash bill, the other low- rye, adhering to the same proprietary recipe that has defined Sagamore Spirit since 2016 and has earned over 150 awards. True to Maryland’s original style of rye, Bottled in Bond is balanced, versatile, and notably complex with flavors of rye spice, toasty caramel, and fruit and floral notes.

“Our vision of a rye whiskey fully distilled, aged and bottled in our home state of Maryland finally became a reality in 2021, but we …