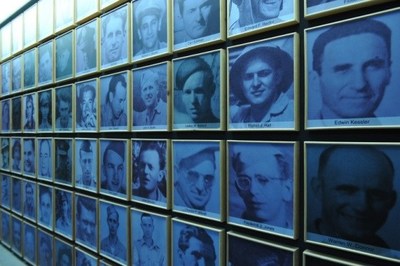 In March this year, 70-year-old Eve Coulson made the 4,700-km journey from New Jersey to California to visit her 109-year-old Chinese-born “uncle” Moon Fun Chin. As far as she knows, Chin is one of the few surviving pilots in the US who flew “the Hump,” a trans-Himalayan air route for delivering supplies to China to fight against the Japanese invaders during World War II (WWII).

Another survivor is Peter J. Goutierewho turned 108 on September 28 this year. He, along with Chin and Coulson’s father, Ursel Elbert Coulsonwere pilots for the China National Aviation Corporation (CNAC), a Sino-US joint venture established in 1929. Most of its pilots were American and the majority of its co-pilots and radio operators were Chinese.

This year marks the 80th anniversary of the Hump Mission. “It’s great to be part of the group that flew over the Hump during WWII and to still be around for the anniversary,” Goutiere, who flew 680 Hump trips, told Beijing Review.

Japanese troops started invasion of the northeastern region of China on September 18, 1931and launched a full-scale invasion of China in July 1937. More than four years later, Japan attacked Pearl Harbortriggering the outbreak of the Pacific War. China teamed up with the US and the UK to fight against their common enemies in the China-Burma-India Theater.

Initially, military and other supplies from the US were transported to China via the Burma Road, the only practical route for international supplies…