Conference call and webcast at 8:00 am Eastern Time today

“Brainstorm Cell Therapeutics is at a pivotal moment as a company as we finalize the regulatory filing for NurOwn® in the treatment of ALS. The continued analysis and the feedback received from the many scientific presentations of NurOwn’s® Phase 3 data have uncovered key insights that furthered our understanding of the product mechanism of action and therapeutic potential and strengthened the conclusions of NurOwn’s® efficacy,” said Chaim LebovitsChief Executive Officer. “After carefully considering these learnings, the totality of the evidence from NurOwn’s® clinical studies, and the feedback received from key opinion leaders and the broader ALS community, we will submit a Biologics License Application to the FDA. We are deeply grateful to the ALS clinical experts, members of the ALS community and faithful investors for their contribution to the development of NurOwn® and what it may mean to those living with ALS. Their contributions and commitment made our current progress possible and continue to inspire us as we prepare for the considerable work ahead. We intend to provide additional updates upon learning whether the FDA files our BLA submission. “

A correction was made to the Muscle and Nerve publication from December 2021 describing the results of NurOwn’s® Phase 3 clinical trial in ALS following new clinical analyses which strengthen the Company’s original conclusions from the trial. The correction results in a statistically significant treatment difference (p=0.050) of more than 2 points for an important secondary endpoint , average change from baseline in ALSFRS-R, in the pre-specified efficacy subgroup of participants with a baseline score of at least 35. Analyses reported in the original publication utilized an efficacy model that unintentionally deviated from the trial’s pre-specified statistical analysis plan by erroneously incorporating interaction terms between the subgroup and treatment. The newly published results, which includes supporting information to the publicationemploy the efficacy model as pre-specified in the trial’s statistical analysis plan, correcting the analyses. The correction also relates to the other subgroup analyses published for this endpoint, demonstrating that all subgroups with ALSFRS-R baseline scores of at least 26 to 35 showed a statistically significant benefit following treatment with NurOwn® (p≤0.050) on this secondary endpoint.

Other Second Quarter 2022 and Recent Highlights

Research and development expenses for the three months ended June 30, 2022and 2021 were approximately $5.1 million and $3.6 millionrespectively.

General and administrative expenses for the three months ended June 30, 2022and 2021 were approximately $2.5 million.

Those that wish to listen to the replay of the conference call can do so by dialing the numbers below. The replay will be available for 14 days.

BrainStorm Cell Therapeutics Inc. is a leading developer of innovative autologous adult stem cell therapeutics for debilitating neurodegenerative diseases. The Company holds the rights to clinical development and commercialization of the NurOwn® technology platform used to produce autologous MSC-NTF cells through an exclusive, worldwide licensing agreement. Autologous MSC-NTF cells have received Orphan Drug designation status from the US Food and Drug Administration (FDA) and the European Medicines Agency (EMA) for the treatment of amyotrophic lateral sclerosis (ALS). BrainStorm has completed a Phase 3 pivotal trial in ALS (NCT03280056); this trial investigated the safety and efficacy of repeat-administration of autologous MSC-NTF cells and was supported by a grant from the California Institute for Regenerative Medicine (CIRM CLIN2-0989). BrainStorm completed under an investigational new drug application a Phase 2 open-label multicenter trial (NCT03799718) of autologous MSC-NTF cells i n progressive multiple sclerosis (MS) and was supported by a grant from the National MS Society (NMSS).

Statements in this announcement other than historical data and information, including statements regarding future BLA submission, constitute “forward-looking statements” and involve risks and uncertainties that could cause BrainStorm Cell Therapeutics Inc.’s actual results to differ materially from those stated or implied by such forward-looking statements. Terms and phrases such as “may,” “should,” “would,” “could,” “will,” “expect,” “likely,” “believe,” “plan,” “estimate ,” “predict,” “potential,” and similar terms and phrases are intended to identify these forward-looking statements. The potential risks and uncertainties include, without limitation, BrainStorm’s need to raise additional capital, BrainStorm’s ability to continue as a going concern , BrainStorm’s plan to submit a BLA for NurOwn® to the FDA, prospects that the FDA will accept BrainStorm’s BLA for NurOwn® for filing and review, prospects that the FDA does not view BrainStorm’s NurOwn® product candidate to have demonstrated adequate safety or effectiveness, prospects for future regulatory … 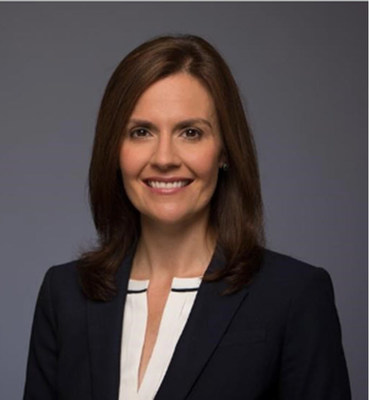