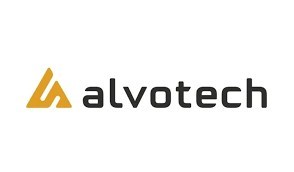 REYKJAVIK, ICELAND and BOUCHERVILLE, QC, Oct. 19, 2022 /CNW Telbec/ – Alvotech (NASDAQ:ALVO), a global biotech company specializing in the development and manufacture of biosimilar medicines for patients worldwide, and the JAMP Pharma Group (JAMP Pharma), a Canadian owned pharmaceutical company headquartered in the Montreal area, announced today that the companies have expanded their exclusive partnership to commercialize biosimilars developed and manufactured by Alvotech, by adding two biosimilar candidates from Alvotech’s pipeline: AVT16, a proposed biosimilar to an undisclosed immunology product and AVT33, a proposed biosimilar to an undisclosed oncology product.

“We are very pleased to be expanding our partnership with Alvotech, in order to bring more affordable biologics to patients in Canada,” said Louis PilonPresident and CEO of the JAMP Pharma Group. “Having already launched Simlandi™, we will continue to leverage our BIOJAMP™ and JAMP Care™ platforms for the benefit of patients and caregivers.”

“The partnership with JAMP Pharma will allow us to accelerate towards establishing a leadership position in the Canadian biosimilars market,” said Robert WessmanFounder and Executive Chairman of Alvotech. “Our mission is to broaden and simplify access to new biosimilars for patients around the world.”

Alvotech will be responsible for the development and commercial supply of the biosimilar candidates. In exchange for milestone payments and future sales royalties, JAMP Pharma will receive exclusive rights to commercialize Alvotech’s biosimilars in Canadaleveraging JAMP Pharma’s strong sales, marketing capabilities and experience in successfully commercializing new biosimilars in the fast-growing Canadian market.

In February 2022JAMP Pharma announced the creation of BIOJAMP™ as part of its goal to establish itself as a leader in the Canadian biosimilars market. BIOJAMP™ and the JAMP Care™ patient support program, are both designed to simplify the process for patients and caregivers of transitioning to lower-cost biosimilar medicines.

Simlandi™ is a recombinant fully human immunoglobulin G1 (IgG1) kappa monoclonal antibody (mAb) that specifically binds to tumor necrosis factor-α (TNF) and blocks its interaction with the p55 (TNFR1) and p75 (TNFR2) cell surface TNF receptors, thereby neutralizing the effect of TNF in inflammatory conditions. Simlandi™ is an approved high-concentration, low-volume biosimilar to Humira® (adalimumab). The same biosimilar has also been approved in the EU, Norway, IcelandLichtenstein, the UK and Switzerland as Hukyndra®. Dossiers are under review in multiple countries, including in the United States. JAMP Pharma launched Alvotech’s Simlandi™ in Canada in April 2022.

Alvotech is a biotech company, founded by Robert Wessmanfocused solely on the development and manufacture of biosimilar medicines for patients worldwide. Alvotech seeks to be a global leader in the biosimilar space by delivering high quality, cost-effective products, and services, enabled by a fully integrated approach and broad in-house capabilities. Alvotech’s current pipeline contains eight biosimilar candidates aimed at treating autoimmune …