Three Malaysian artists take turns scribbling symbols and motifs with chalk on a blackboard floor that doubles as a stage, singing and telling stories. A screen hung behind the stage shows live interview footage, helping take audiences on a multimedia journey that transcends traditional theatrical performance to shed light on the skeletons in the closet of Malaysian history.

“We wanted to critically bring on stage the tools of the documentary or supposed ‘truth-making’ world – various cameras and media techniques such as the green screen,” director Mark Teh, a member of the Kuala Lumpur-based collective Five Arts Centre, founded in 1984, told Al Jazeera of his latest play A Notional History (2019). “The performers do everything in our show: there are no blackouts or backstage for them to hide, no stage managers to come in and transform the set.”

A Notional History made its debut in Malaysia earlier in July to sold-out venues after a two-year delay because of COVID-19 performance restrictions. It features performer and musician Faiq Syazwan Kuhiri of punk band Terrer, journalist Rahmah Pauzi, and prominent political graphic designer and illustrator Fahmi Reza.

Mixing audiovisuals, shared perspectives, and what Teh defines as “social acting” — non-actors who perform as a version of themselves — the play digs deep into the Malaysian history of inherited memories and official narratives, and what happened during the Malayan Emergency.

The 12-year conflict, which began under colonial rule and ended in 1960 after Malaysia had become an independent nation, remains a controversial topic. The war was largely fought in the jungles between the pro-independence communist fighters of the Malayan National Liberation Army, and the soldiers of the British colonisers.

“I can attribute it to the contested narrative and enduring campaign designed by both the British colonial government as well as the ruling government post-independence with the ultimate objective to suppress any elements of progressive and leftist political fronts in the region,” said Zikri Rahman, the programme coordinator for Pusat Sejarah Rakyat, an independent Kuala Lumpur-based organisation focused on archiving and publishing different forms of historical material from a people’s perspective.

“Not only that, but the issue also remains contested as it does take a racialised turn on who can claim to be a victim during the Emergency period,” Zukri told Al Jazeera.

Many of the country’s ethnic Chinese were relocated to so-called “new villages” so that the jungle-based fighters would not be able to come to them for food and other support, while the Malays were the target of what Zukri says was “a much subtler campaign of land redistribution and economic reform. Both communities were experiencing a violent act of displacement and dispossession.”

History is a compulsory subject for secondary school students in Malaysia and A Notional History was inspired by the publication of new history textbooks that were released in 2020.

The “updating” had begun under the United Malays National Organisation(UMNO)-dominated Barisan Nasional coalition that controlled Malaysia for more than 60 years after independence, but the books were only published after the 2018 general elections when the coalition lost power for the first time.

“It so happened that the revisions for the Form Four textbook – which focuses on the period encompassing World War II, the Japanese occupation, the Malayan Emergency, and Merdeka (independence) – coincided with UMNO’s fall and the coming into power of the Pakatan Harapan coalition led by Mahathir Mohamad,” Teh told Al Jazeera. Mahathir himself had previously been the leader of UMNO and prime minister of Malaysia for more than 20 years.

“This textbook was published in 2020, and we were really keen to compare what had changed between the revisions, and more interestingly, to consider what remained unchangeable or ‘unforgivable’ – even under a New Malaysia.”

The performance makes use of original video interviews with exiled former Malaysian communist revolutionaries. UMNO, the ethnic Malay party that has long dominated Malaysian politics, opposed the fighters from its founding in 1946, and when in power promoted a narrative that the communists, who were mostly but not entirely ethnic Chinese, were a threat to national security and order.

Uncovering historical erasures, exclusions, and the official narrative of the communist fight, A Notional History is another collaboration by a tight-knit group of friends and revolving collaborators who have produced a variety of theatre performances, documentary videos, art exhibitions, curatorial projects, participatory interventions, and online initiatives over the past 15 years.

Baling was somewhat of a precursor to A Notional History, dabbling in the big unanswered questions of Malaysia’s bumpy road to independence by reconstructing and analysing the historic December 1955 negotiations between Tunku Abdul Rahman (the then-soon-to-be first prime minister of newfound Malaysia), David Marshall, who represented the then-Crown Colony of Singapore, and Chin Peng – the much feared and demonised leader of the Malayan Communist Party and the Malayan National Liberation Army.

“One of the threads in Baling was to relook at the figure of Chin Peng and deconstruct or demystify this Public Enemy Number One – or Most Wanted Man in the British Empire, or Last Communist,” Teh told Al Jazeera. “Rather than focusing on his life story, we investigated how the monstrous phantom of Chin Peng had been operationalised by the British and then the Malayan/Malaysian government through propaganda and fearmongering.”

Teh believes that the national hysteria around Chin Peng is a paradox - exiled across the border in southern Thailand, the communist leader was physically absent from Malaysia, but the nation went to great lengths to make him feel “present” and “dangerous”. Even in 2013 after Chin Peng’s death, the then-government refused to allow his ashes to be returned to the country.

A Notional History follows a similar direction to Baling by interweaving monologues, songs, and music by Terrer’s Faiq, and Fahmi’s detailed explanations of what sections of the national history textbooks misrepresent historical facts from the crucial decade before Malaysia declared independence on August 31, 1957.

A screen behind the performers enhances the points of view of the non-actors with interview footage from Revolusi ’48, Fahmi’s unreleased documentary on 11 communist rebel fighters who disappeared into the northern Malaysian jungle in 1948 – a companion piece to his earlier documentary 10 Tahun Sebelum Merdeka (Ten Years Before Independence), which chronicled the Malaya-wide day of protest against Britain’s undemocratic proposals for a Federation of Malaya, and the rise of the people’s democratic movement in Malaya.

“We saw these as the various different strands that contributed to Malaya’s struggle for independence, besides UMNO-Barisan National. But as Fahmi mentions in the performance, he was not able to complete the documentary as he was worried it would be misinterpreted as glorifying armed violence, and he was also concerned about the backlash – of being labelled a communist sympathiser,” Teh told Al Jazeera.

A Notional History also includes footage from the 2018 public forum in Kuala Lumpur, Should We Rewrite Our History Textbooks? in which Fahmi was publicly attacked by Malaysian right-wing groups.

The episode triggered a harsh social media backlash during which the activist was called a “communist”.

“Within certain contexts – such as Malaysia, Singapore, or Indonesia – the label ‘communist’ has been weaponised by the state and their supporters to discredit, imprison and even eliminate and murder people,” said Teh.

Before the COVID-19 lockdowns, A Notional History was presented with success at the Performing Arts Meeting in the Japanese city of Yokohama, as well as in the Indonesian capital, Jakarta. Hundreds of thousands of people were accused of being communists in Indonesia between 1965 and 1966, and killed.

“In Indonesia, the topic of communism is more charged than the other places we’ve performed at,” Faiq told Al Jazeera of the performance at Teater Salihara. “The audience’s reaction to the struggles of the [Malaysian] communists felt deeper and more immediate”.

As soon as the world began to reopen, the play made its debut outside of Asia in May 2022 at the Kunstenfestivaldesarts in Brussels – one of the leading European festivals for contemporary performing arts – before finally arriving back in Malaysia.

“It’s been a blessing to be able to perform it in different countries, feeling the slight differences in reactions from different places,” said Faiq.

“What I’ve learned from this process is that even though the subject matter of our work has its own specificities to Malaysian history, it is also universal. […] What I wish the audience felt and saw in the performance, at least from my perspective, is to take into account the personal choices, encounters, desires, griefs and memories of these old communists based on a decision they made a long time ago.” 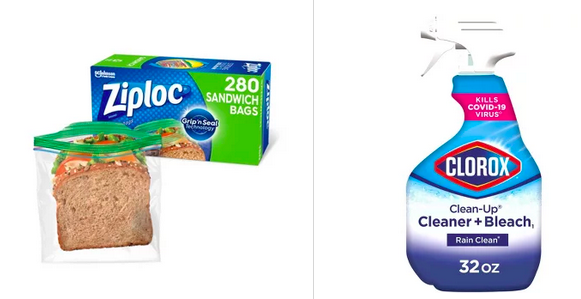