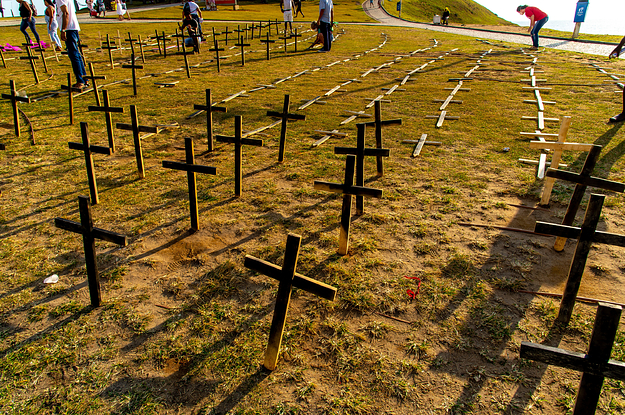 The WHO today announced that the COVID pandemic killed an estimated 14.9 million people across the world in 2020 and 2021. That’s nearly three times the official count of COVID deaths over the same period, underlining the severity of a pandemic that the agency declared in March 2020 and which still has not been tamed more than two years later.

Public health experts hope the WHO’s move will provide a jolt to member nations that are either obfuscating their COVID statistics, or just failing to keep track of what’s actually happening — pushing them to produce better data to help guide efforts to respond to deadly viruses.

“It serves as an encouragement for governments around the world to sharpen their data tools,” said Samira Asma, WHO assistant director-general for data, analytics, and delivery. “We need to honor the lives tragically cut short and lost. And we must hold ourselves and policymakers accountable.”

“We need to improve local, national, and global data systems to inform our response to COVID and future health threats,” Tom Frieden, former director of the US CDC and president of Resolve to Save Lives, told BuzzFeed News by email.

But there has already been some pushback against the WHO’s estimates, notably from India.

WHO had originally planned to release its new estimates of COVID mortality in January. But as first reported by the global development news outlet Devex in late March, today’s announcement was repeatedly delayed as the WHO responded to objections from the Indian government. India’s official COVID death toll currently stands at just under 525,000, but according to the WHO analysis, the true toll by the end of 2021 was around 4.7 million.

After the New York Times picked up on the story, the Indian Ministry of Health and Family Welfare issued a statement on April 16 criticizing the WHO’s methodology and blaming the UN agency for the delay. “India has been in regular and in-depth technical exchange with WHO on the issue,” the statement said, adding that “​​a satisfactory response is yet to be received.”

Rather than relying on deaths officially attributed to COVID-19 reported from individual nations, the new WHO estimates depend on statistical modeling to estimate the pandemic’s toll. For countries with comprehensive death records, this uses the pattern of deaths from the years before the pandemic to predict the number likely to have occurred if COVID hadn’t happened. Then researchers subtract these predictions from the number of deaths that were actually recorded to calculate the toll from the pandemic.

The problem is that 85 of the 194 countries surveyed by the WHO technical advisory group that came up with the new estimates don’t have good enough death registries for this to be a viable approach. Forty-one of those countries are in sub-Saharan Africa.

For these countries, a team led by Jonathan Wakefield, a statistician at the University of Washington in Seattle, used the data from countries with complete death registries to build another statistical model able to predict total COVID deaths in any month from other measures, including temperature, the percentage of COVID tests returning positive, a rating of the stringency of social distancing and other measures to limit infection, and rates of diabetes and cardiovascular disease — conditions that put people at high risk of dying from COVID.

The Indian health ministry objected strongly to this model in its response to the New York Times article. But the WHO team didn’t actually use it to estimate Indian COVID deaths. India falls into an intermediate group of countries that have reasonably good data on total deaths in some regions but not in others. So Wakefield’s team used data from 17 Indian states with adequate death registries, applied the standard excess deaths approach used for countries with complete death registries, and then extrapolated from these states to the entire country.

“We only base the predictions of how many people died in India in those two years on Indian data,” Wakefield told BuzzFeed News.

Importantly, the WHO’s estimates for Indian COVID deaths also align well with other studies, including one published in the journal Science in January by a team led by Prabhat Jha, director of the Centre for Global Health Research at the University of Toronto in Canada. Jha’s team estimated COVID deaths from Indian government data and from a national survey of 137,000 people, conducted by a polling company which asked people whether a family member had died from COVID. “India has pretty high cell phone coverage and they did random digit dialing,” Jha told BuzzFeed News.

Jha’s team estimated that more than 3.2 million people in India had died from COVID by July 2021, the majority of them during the devastating surge in COVID caused by the Delta coronavirus variant between April and June 2021. That came after the government of Prime Minister Narendra Modi had relaxed COVID controls following an earlier, less severe wave. “The Indian government declared victory and said, ‘Oh India’s beat this virus,’ and complacency set in,” Jha said.

This explains the political sensitivity in India about accepting the results from studies that indicate a much higher death toll than the official count. Responding to a question from leaders of the opposition Congress party about Jha’s study in February, the Ministry of Health and Family Welfare described it as “speculative” and claimed it “lacks any peer reviewed scientific data” — even though it was published in one of the world’s leading peer-reviewed scientific journals.

“It’s politics,” Jha said of the Indian government’s rejection of his study.

According to the WHO, Egypt has proportionately the largest undercount of pandemic deaths, with excess mortality running at 11.6 times the toll attributed to COVID. India, with 9.9 times more excess deaths than its official COVID death count, is in second place. Russia, meanwhile, has reported 3.5 times fewer deaths from COVID than indicated by its excess mortality.

Karlinsky, another member of the WHO technical advisory group, hopes the agency’s “stamp of approval” for excess mortality calculations will encourage nations to come up with more realistic numbers. “Putin doesn’t know who I am but they do know who the WHO is,” he told BuzzFeed News.

Right now, the main concern is China, which is experiencing a significant wave of the Omicron coronavirus variant but is reporting suspiciously few deaths. If the wave now hitting Shanghai and other cities matches the pattern seen in Hong Kong since February, Jha fears that a million Chinese people may die.

Some countries have responded to excess mortality studies with greater accountability and transparency. After earlier excess deaths analyses suggested that Peru was underreporting its COVID deaths by a factor of 2.7, the South American nation went through its medical and death records in detail and revised its death toll in May 2021 to a figure closely matching the excess deaths analysis. It is now reporting the highest official per-capita death rate from COVID of any nation. “Peru did what I would have liked every country to do,” Karlinsky said.

The WHO’s new estimates of total excess pandemic deaths will include people who died from other causes because health systems were overwhelmed, as well as people killed by the coronavirus.

Karlinsky, who is an economist, said he started analyzing excess deaths because he wondered whether “the cure was worse than the disease” — in particular, he feared that lockdowns could cause more deaths than the coronavirus, in part through increases in suicides. But the data told a very different story.