‘Zombieland VR: Headshot Fever’ combines the best of light-gun arcade games of the 90s with split-second racing mechanics. Addictive gameplay rewards speed and accuracy with a wide range of weapons. Witty banter from the movie’s main characters keeps the intense action on the lighter side. Triggering ‘Adrenaline Mode’ with two quick headshots slows down the world around you, giving players more time to rack up combos and score faster times.

Players take on the role of a survivor being trained by characters Tallahassee, Wichita, Columbus, and Little Rock for the Zombieland Invitational, the fastest, most dangerous zombie-killing racecourse ever devised. Like classic arcade games, top players fight their way onto the leaderboard in this new post-apocalyptic racing sport. It’s the ultimate head-popping, clock-stopping, zombie-killing arcade action!

‘Zombieland VR: Headshot Fever Arcade’ is the feature release on the brand new VRsenal Monolith Cabinet. At just 7 ½ square feet, the Monolith is the smallest VR arcade cabinet ever. But don’t let its tiny footprint fool you; the backlit graphics and 50” 4K display will liven up the un-deadest locations. And the 3/8” shatter-resistant acrylic will survive anything short of a shotgun blast.

The VRsenal Monolith is the first arcade cabinet to feature the new fully armored version of the HTC VIVE Focus 3 headset. The Focus 3 headset offers 5K graphics with a 120-degree field of view, making it harder for zombies to sneak up from behind. The Monolith eliminates all moving parts of their past systems, replacing it with a proprietary bulletproof cabling system guaranteed to last at least 2 years.

“Our award-winning VR game, ‘Zombieland VR: Headshot Fever’ is a natural fit for location-based entertainment to introduce more audiences to high quality immersive entertainment and to expand the ‘Zombieland’ universe for fans,” said Jake Zim, SVP, virtual reality, Sony Pictures Entertainment. “VRsenal has built an experience tailor made for arcade audiences seeking the action, characters and humor from the hit movie franchise coupled with fast-paced, heart-pounding Zombie horde gameplay to enjoy in a social setting with family and friends.”

“When we released Zombieland VR: Headshot Fever for Meta Quest back in March 2021, we never imagined that one day we’d be able to experience it in an actual arcade. But thanks to the amazing team at VRsenal, we can do just that,” said Bobby Thandi, founder and CEO of XR Games. “Zombieland’s fast-paced arcade gameplay translates so well to the physical guns that it truly feels at home here, and we couldn’t be happier. The team at VRsenal has blown us away with the Zombieland VR: Headshot Fever arcade cabinet, and we can’t wait for a whole new audience to experience Zombieland; side-by-side with their friends at a local arcade.”

“It is so satisfying to finally bring Zombieland: Headshot Fever, to arcade fans everywhere. To give our customers the most immersive VR experience possible, we developed a brand-new gun controller that brings players so close to the action, they just might forget they’re not actually holding off waves of the rampaging undead,” said VRsenal founder and CEO Ben Davenport. “The pulse-pounding game play, combined with ten dynamic levels, and a high throughput of 40 plays per hour, make Zombieland: Headshot Fever on the VRsenal Monolith platform the perfect choice for FECs.”

About Sony Pictures Virtual Reality
Sony Pictures Virtual Reality (SPVR) is the award-winning virtual reality (VR) division of Sony Pictures Entertainment (SPE). SPVR is dedicated to growing the business of immersive entertainment through the production and distribution of VR games and experiences globally, across all consumer channels including in-home and location-based entertainment. SPVR has published several popular VR games including Spider-Man: Homecoming VR, Spider-Man: Far From Home VR, Groundhog Day: Like Father Like Son, Can You Walk The Walk, Jumanji: Reverse The Curse and Ghostbusters: Dimension in collaboration with The Void, Men In Black: First Assignment in collaboration with Dreamscape and, most recently, co-published Zombieland: Headshot Fever.

VRsenal is the world’s leading manufacturer of attendant-free virtual reality arcade game systems. More than 600 of its VR arcade machines operate in over 10 countries around the world. Founded in 2016, and proudly manufacturing in the USA, VRsenal specializes in making it easy for entertainment operators to bring virtual reality experiences to their guests. VRsenal’s proprietary technology enables unattended virtual reality games to be installed anywhere people go to be entertained.

This content is published on behalf of the above source. Please contact them directly for any concern related to the above. 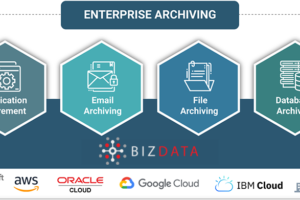 EDUARDO ANTONIO AND LENIER TEAM UP TO BRING YOU THEIR LATEST MASTERPIECE, “MENTIRAS”