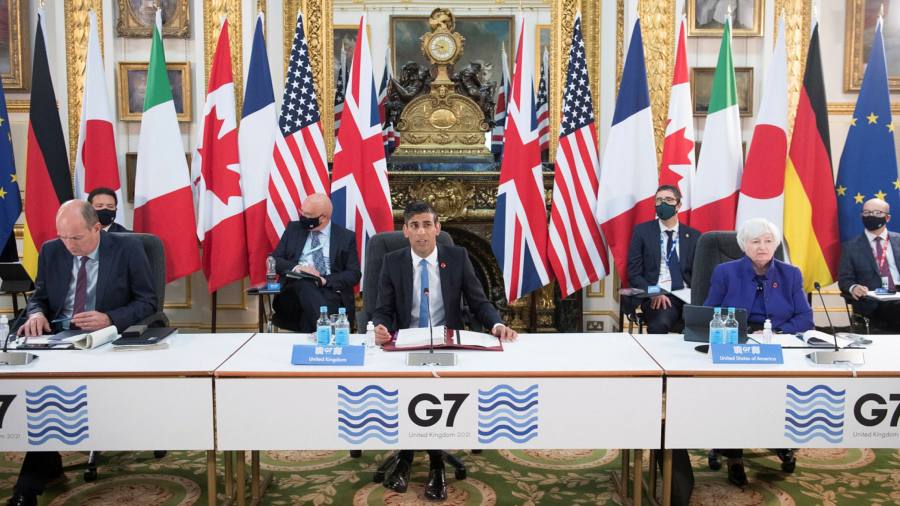 The tax agreement reached by the world’s major developed countries this weekend is the first substantial evidence of the recovery of international cooperation since President Joe Biden brought the United States back to the negotiating table. However, there is still a long way to go before implementation.

“This is a starting point,” French Finance Minister Bruno Le Maire said, and promised that “in the coming months, we will work hard to ensure that the minimum corporate tax rate is as high as possible.”

The agreement aims to close the loopholes used by multinational companies to reduce taxes and ensure that they pay more in the country in which they operate.

The G7 ministers support a global minimum tax rate of at least 15% and agree that countries should have the right to tax a certain percentage of the profits of the largest and most profitable multinational companies where they are generated.

However, they still have many issues to be decided in the broader global negotiations, which are being conducted among the 139 countries of the Paris OECD. The first obstacle to the G7 agreement is to win the support of the G20 group of countries, which will meet in Venice next month.

Although the OECD estimate These proposals can generate an additional 50 to 80 billion U.S. dollars in taxes each year, but the actual amount raised will vary greatly depending on the technical details of the final global agreement.

NGOs criticized the 15% minimum standard as being too low; the British think tank IPPR stated that it was “not enough to end the race to the bottom”.

But Gabriel Zucman, an economist at the University of California, Berkeley, known for his work in tax havens, said on Twitter that the deal was “historically significant, inadequate and promising. “-Because although 15% is too low, there are no obstacles to achieving this goal. Higher ratio.

The ministers and officials of the G7 talks took pains to emphasize that their agreement does not mean that the world has agreed to change international taxes, let alone that the plan will eventually succeed. Instead, they describe it as an ambitious attempt to inject momentum into global negotiations.

This is recognized by other countries. Irish Finance Minister Pashar Donohue joined the ranks of G7 ministers in London, even though he defended Ireland’s 12.5% ​​interest rate.

After the announcement, he wrote on Twitter: “I now look forward to participating in the discussion [the] OECD. .. Any agreement must meet the needs of large and small countries, developed and developing countries. “

The first, the most important for the United Kingdom, France and Italy, aims to ensure that the world’s largest companies-especially the US digital giants Facebook, Google and Apple-pay more taxes in their countries, even if they are in There is almost no physical existence there.

British Chancellor of the Exchequer, Rishi Sunak, stated that the G7 agreement ensures that “the right companies pay the right taxes in the right place”, which is a reference to Pillar One.

In contrast, US Treasury Secretary Janet Yellen did not mention this in her prepared speech, focusing on the second pillar: the lowest global interest rate of “at least 15%”. This will bring more revenue to the federal government in Washington.

The first requirement must pass Congress’s global agreement and US legislation, while the second — the OECD estimates that it will add the most additional revenue — can be implemented unilaterally, but if many countries join, the effect will be better.

The first pillar faces strong opposition in Washington. Before the United States passed relevant legislation, France, Italy, and the United Kingdom refused to abolish their own digital taxes. After the announcement of the G7 agreement, Canadian Finance Minister Chrystia Freeland stated that her country also intends to continue implementing digital taxes.

In addition to these issues of principle, there are many unresolved technical issues that may have a significant impact on the actual effect of the final agreement-including which companies fall within the scope of the agreement and how to define the tax base.

“Although the overall tax rate is important, competition at the tax base level may continue. This may be even more chaotic,” said Rita de la Ferria, a tax law professor at the University of Leeds.

When asked how she would sell the deal to U.S. lawmakers, Yellen stated that it would “provide a certain degree of certainty for companies in the U.S. and around the world to understand the environment in which they will operate, and the The environment has been very unstable”.

With her cheer “The Renaissance of Multilateralism.”

Some ministers privately stated that the urgency of reaching an agreement on the G7 is to show that rich countries are still important, to show the world that the 21st century will not be dominated by China’s rules.

Ministers have stated publicly and privately that after four years of Trump’s administration, the West is seeking to regain control of the global agenda by reaching agreements in controversial policy areas, but this is impossible.

“What I saw during G7 [meeting] It is the desire for in-depth cooperation and coordination and resolution of broader global issues,” Yellen said.