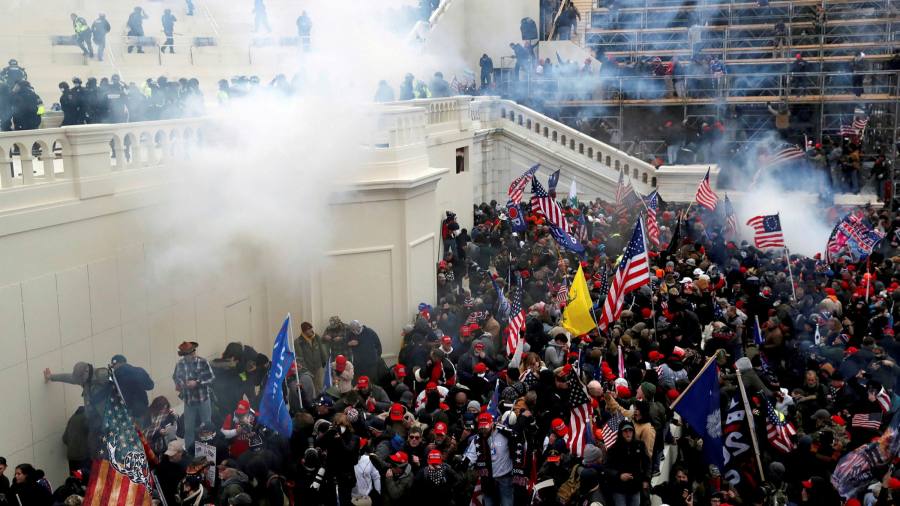 Competitor Citigroup also restarted campaign donations after the recent interruption. The bank does not exclude funding for any specific activities, but said that future donations will only be used for candidates who meet certain criteria, including pledges to protect democratic institutions.

The decision of the two largest banks in the United States highlights the balancing act faced by American companies because it seeks influence in a hyperpartisan political climate without alienating customers and employees.

Many major U.S. companies such as JP Morgan Chase and Citigroup stated that they will withdraw or review political donations in response to the congressional riots that killed five people on January 6.

In a memo sent to employees on Friday, JPMorgan Chase stated that it will resume donations through its JPMC Political Action Committee this month, but will not contribute to the campaign activities of legislators who voted against counting the Electoral College votes.

“We will review this decision on a candidate-by-candidate basis after this election cycle,” the bank told employees in a memo that was originally reported by Reuters.

Citi also told employees on Friday that its Citi PAC will again donate to the campaign after the review.

“From our assessment, it is clear that we need to strengthen our principles to determine which candidates Citi PAC will consider supporting. We have added two new standards to this end-one is based on character and integrity, and the second focuses on Commitment to bipartisan cooperation and a democratic system,” the bank said in an internal memo.

Several large American companies, including Cigna, Intel and T-Mobile, In February contributed to groups that helped fund campaigns for Republican Senate and House of Representatives candidates, including legislators who voted against certification.