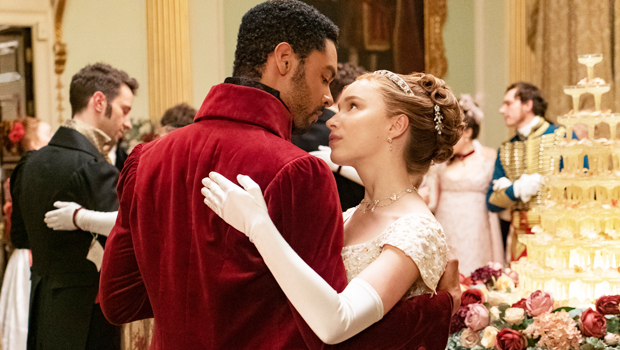 When we anxiously wait second season Bridgetown, The songwriting duo Barlow & Bear presented their fans Unofficial Bridgetton Musical After the Netflix show was released, it quickly became popular on TikTok. “This is really exciting for both of us. Although it is not long, it has been a long time for both of us!” Abigail Barlow Tell HollywoodLife.com in Exclusive interview. “Finally let our little baby take the first step in the world, it’s so exciting!” Emily Bear Add to.

When they shared the first snippet of the first song they wrote for the band, the duo became social media stars. Concept album “Ocean”. “I just wrote very interesting conversations that sound like poems or song titles. One of them is a conversation in which the character says,’You don’t know what it’s like to be in a room with a person you like. Can’t live without, But it feels like they are far away from you. That image made me run to my piano and put things down,” Abigail recalled the source of her first inspo. “I cried in bed that night, I only know that we are doing something so special.”

Now, this 15-track album is a complete arc of the beloved show. The ladies admitted that “some songs were definitely shot at specific moments in the TV show”, but other songs were “not written for specific scenes” but were necessary to tell the story and “the nature of the character.” “Like the queen in’Entertain Me’, we want this song to show all aspects of discovering the trauma she experienced throughout the TV show,” Abigail said. “Finding a balance for the album is definitely tricky.”

“I think many moments Bridgetown Associate yourself with a song, because the last part of the puzzle is to really read their thoughts and want to know,’What are they thinking in these tense moments, but they are not talking to each other? ‘” Emily continued. “There must be many moments when we want to write a song, but it’s like, how do we solve this problem in a new way that TV shows don’t explore? The beauty of using music and singing is like many times, you can say things you can’t say in other situations. “