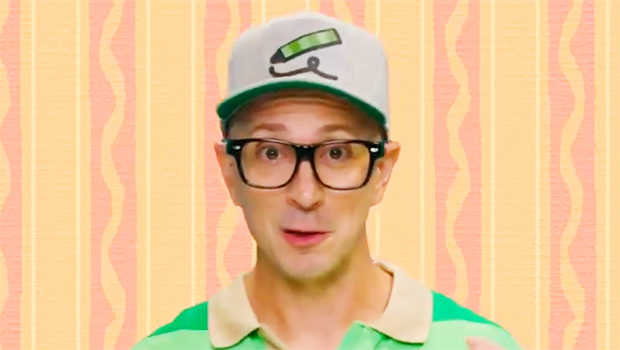 Steve Burns, the original host of’Blue’s Clues, is talking to fans for the 25th anniversary of the series, and his message will make you burst into tears.

To celebrate its 25th anniversary Blue clue, Nick, with the help of the original host of the show, Steve Burns, 47, and his new video message is a real tear-jerker.

In the two-minute video seen below, Steve apologized to his fans and revealed why he left the show in 2002 after serving as a show host for more than 100 episodes. “I just got up and went to college,” Steve said, admitting that his withdrawal from the series was a bit “sudden”.

“By the way, it’s really challenging, but it’s great, because I have to use my mind to do it step by step, and now I’m really doing a lot of things I want to do. Then look at you—see Everything you did, and what you achieved during that time… was amazing, right?” he said.

“We started with clues, what is it now? Student loans, work and family, some of them are difficult, do you know? I know you know. I want to tell you that without your help, I really can’t do all this In fact, all the help you helped me when we were young is still helping me today,” he explained, while thanking his fans, who are now adults and thrive in life like him.

“After so many years, I have never forgotten you, and I am glad we are still friends. Thank you for listening,” he concluded. “By the way, you look great. No matter what you are doing, it works.” Want to see more? Watch the full video above and try not to cry.