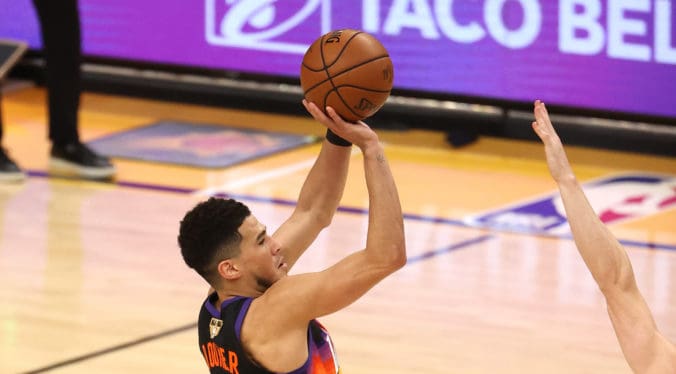 According to WLOX, the NBA player worked with a non-profit organization to “2K Foundations will refurbish the South40 stadium and the 2nd Street Park stadium” in his hometown of Moss Point, Mississippi.

One of the basketball courts is to commemorate Booker and his father’s legacy at Moss Point High School. The tattoo artist Mr. Cartoon created the design. Volunteers also came out to help renovate the basketball court. “It is an honor for people to recognize him and love him like we do,” said daughter Katrina Stallworth Viverette.

It was supposed to be a small ceremony for 20 people, but the result exceeded expectations.

“It should be quiet and intimate, but it’s a big deal,” said father Melvin Booker.

This is not the first time Devin Booker pays tribute to his hometown. Booker also has a Devin Booker X Air Force 1 Low GS’Moss Point’ shoe created in cooperation with Nike, with the words “Moss Point” on the shoe.