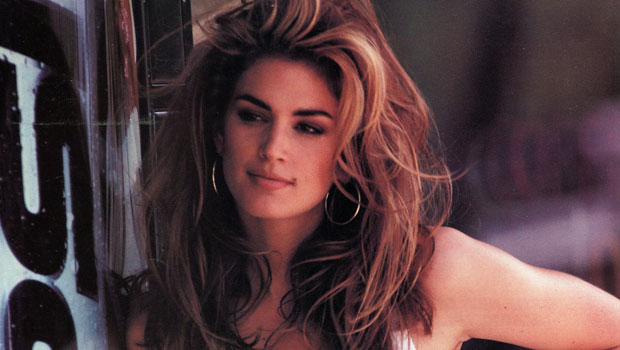 Cindy Crawford Recreated her iconic Pepsi commercial for an important cause.The 55-year-old model dressed in Duke Daisy, once again took out a Pepsi can and returned to the original Halfway House cafe to pay tribute to her late brother Jeff, He died of cancer when he was 3 years old. The recreated snapshot was to raise funds for the American Family Children’s Hospital in Wisconsin, where Jeff was treated for leukemia.

“Working with my friend @davidyarrow is always a pleasure and excitement… especially when it is a good cause,” Cindy captioned the Instagram post with a recreated photo on Tuesday. “We returned to our original halfway house from the famous @pepsi ad in 1992 to recreate this moment (with David Yarrow’s twist), hoping to raise funds for the American Family Children’s Hospital in Madison, Wisconsin , My brother was treated for leukemia there.”

“So far, with the help of David’s global gallery network, supporting art and its sales-we have raised $1 million for this cause,” the model continued. “I also want to thank my dear friend, hair stylist @peter.savic, who designed the iconic hair for the original advertisement…so I am very happy that he can come here to make this version too!” She also thanked her for her gorgeousness Team, including makeup artist Sam Wisser And stylist Nicole Alovitz SkolnikCindy added, “I can’t wait to show you more.”

In 2015, the model opened Oprah Winfrey About her brother’s diagnosis Oprah Master Class Myself, revealed He was diagnosed when he was 2 years old“I think when my parents first told us that our brother was sick, we didn’t really understand what it meant,” Cindy said, referring to her and her sisters Chris with Danielle“They didn’t use the word’cancer’.” She recalled a particularly heartbreaking moment when she didn’t know much about death.

“I don’t think I knew it was the end when I was 10 years old, I didn’t have any close contact with death, and I didn’t understand death,” she said. “My brother does know. One time I must know, because my mother said she found him sitting in his room. He was sitting at his little table and she said, “What are you doing? He said, “I’m praying.” She said, “What are you praying for?” “He said,’This way you will be fine after I die.'” She added, “As a mom now, I can’t imagine hearing your child say that.”

Since then, the model has been an advocate for pediatric cancer research. In February last year, Cindy worked with the American Red Cross and the American Cancer Society to Encourage people to donate blood To cancer patients. “This is a diagnosis for the entire family. Everyone is affected by it,” she told very cool Disease. “And we feel very powerless, but small things like donating blood can help. There are some things you can do.”